By 2017 the number of mobile phone users is forecast to reach 4.77 billion. Mobile phones are not just things that make us modern; nor are they just symbolic objects or else extensions of our body’s communicative system. They are technologies employing the very stuff of nature. It’s estimated that around 35-40 mobile phones (which can be recycled) contain about a gram of gold. While one gram of gold may not sound like a lot, consider the fact that one ton of raw ore has to be processed to create the same amount of gold. That much ore adds up to a lot of labour, energy, and expended resources that could otherwise be saved. This is not to complain about such phones. They are used today by goat herders in Afghanistan and farmers in Africa. But many people in richer countries are now wedded to a 2-3 year upgrade cycle, with little thought given to the raw human or environmental consequences of the metals and plastics used in them. In this project I traced one of the sources of the gold used in mobile phones and discovered that the extraction of gold, critical to the mobile phone, is reliant on anything but modernity. 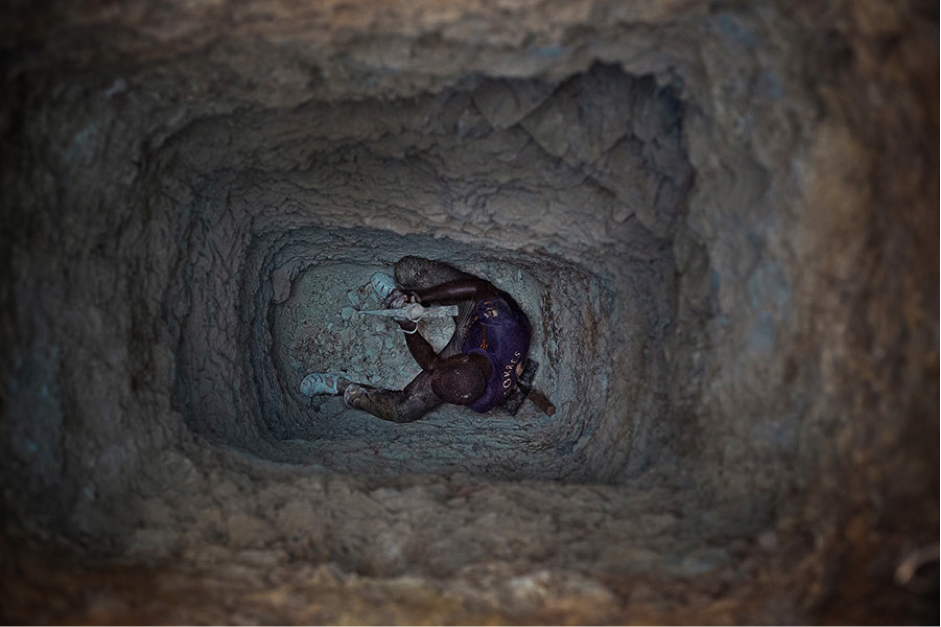 Burkina Faso, formerly Upper Volta, is one of the poorest countries in the world. It ranks 183rd out of 187 countries on the UN’s Human Development Index, yet it also ranks fourth in Africa’s production of gold. Following sweeping reforms to mining regulations in 2003, Burkina opened its doors to international companies. What happened then was a gold rush. Taxes and royalties from mines went from $3.8 million in 2008 to $236 million (US) in 2011. As part of the new approach to government aid, the Canadian Conservative government established a new framework based upon PPPs (private public partnerships) to assist with social and economic development. The case of the large companies is that their investment, compared to artisanal gold mining, are “safer, cleaner, green and sustainable option for the youth of the area.” In 2012, the OECD Development Assistance Committee cautioned Canada that “there should be no confusion between development objectives and the promotion of commercial interests.” 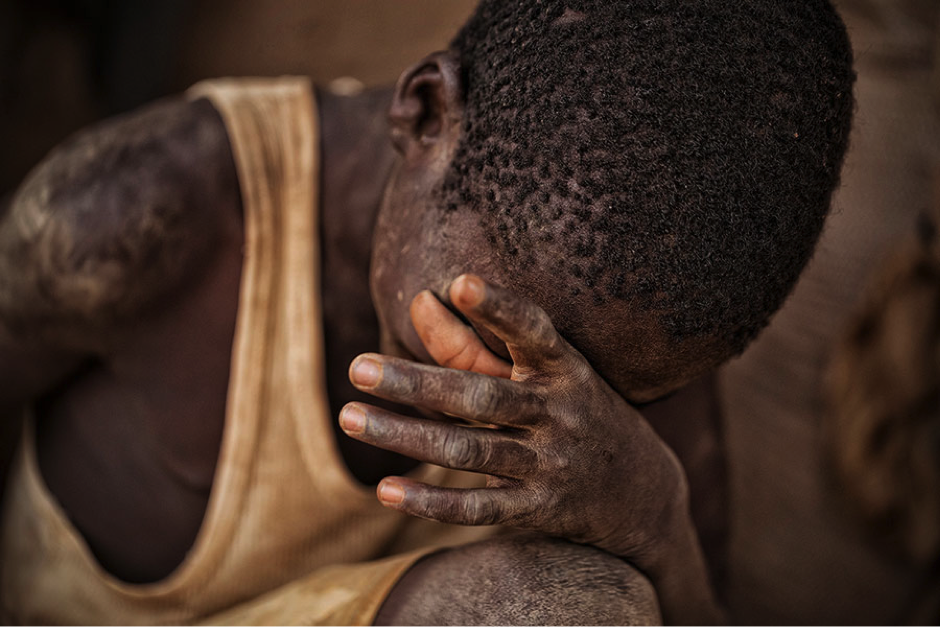 Alongside the large mines operated by foreign mining companies are these artisanal, small-scale mines where children work alongside their parents from dawn to dusk. They get paid for the amount of gold they find, which means that sometimes they won’t make any money for weeks, even months. The work is hazardous. Mines collapse frequently, and the working environment is toxic with dangerous chemicals like mercury, used in the process of extracting gold.

In my picture 16-year-old Yakuba emerges from a 50-meter deep hole after another gruelling 14-hour work day underneath the panorama of western Burkina Faso. Last year, his uncle and two of his friends died when a nearby mine collapsed. In this part of Burkina Faso, such a personal tragedy is not an unusual. It’s just another day for the miners in a country where life expectancy is 54.47 years. 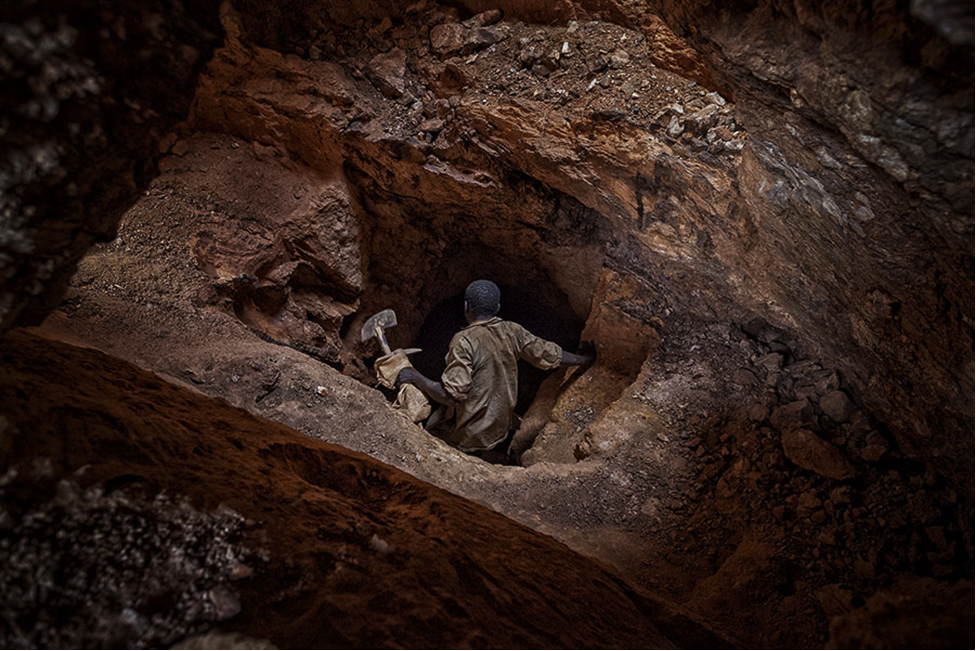 And today is a rather unsuccessful day, financially speaking. Here men, women, and children dig the mines by hand, and while there are always ropes for the buckets of ore, there are not always ropes available for the boys who scrabble up and down the pits. Finding footholds and handholds in the dirt walls is not a given—but losing your grip can prove fatal. 13-year-old Nuru cannot recall how long he has worked in the mines. He has never been to school and does not know how to read or write. He believes that mining is still better than working on the fields back home where “you farm the land, but don’t earn anything.” 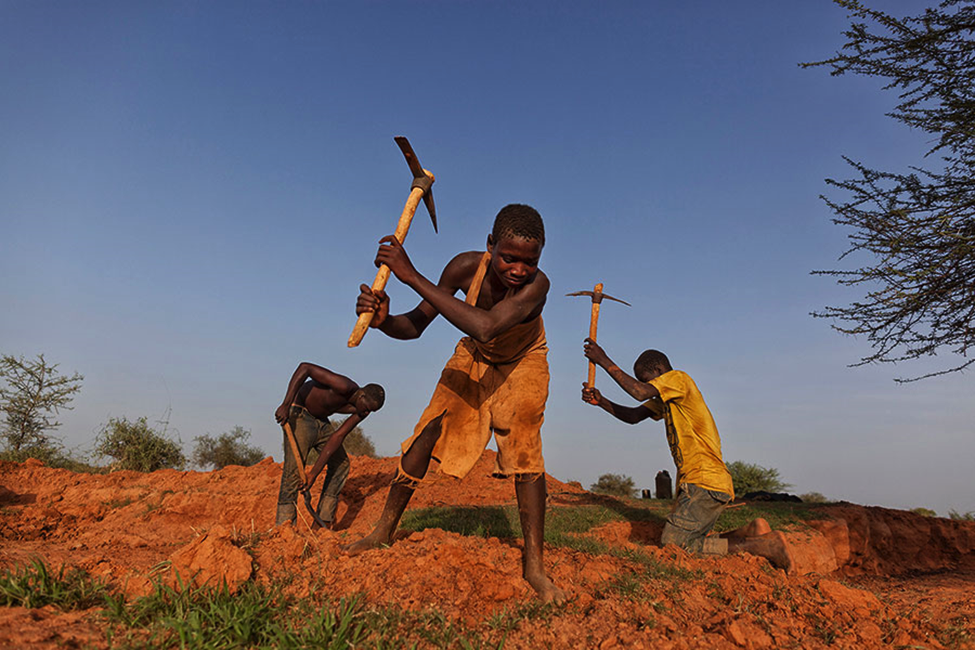 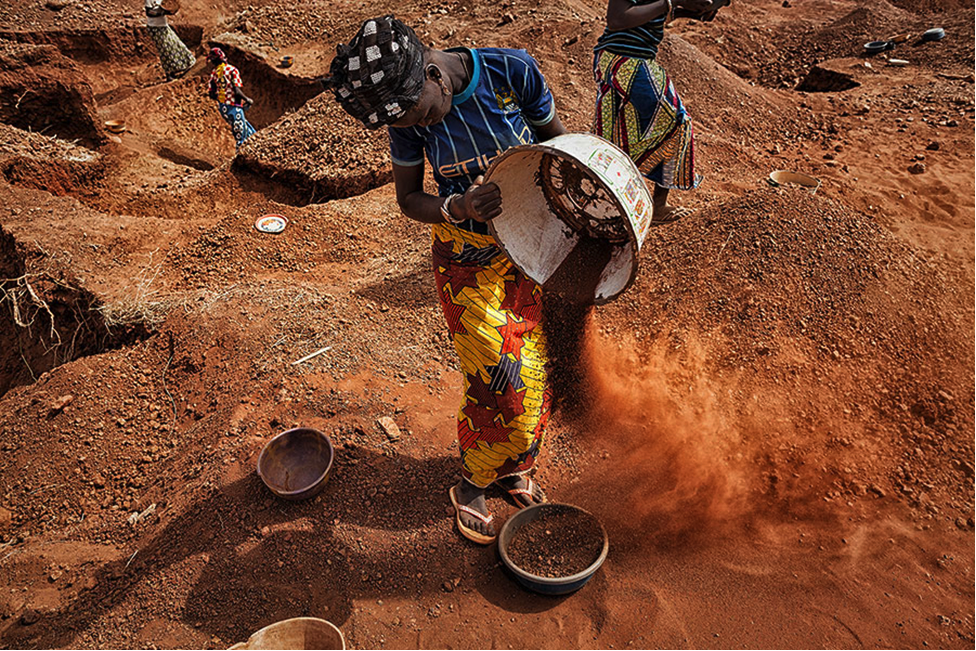 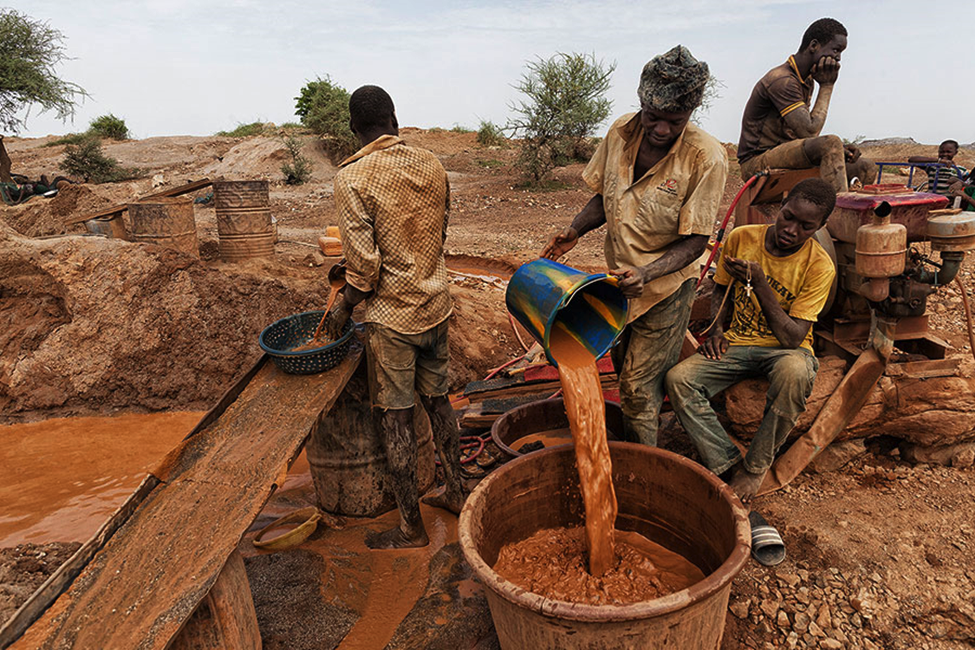 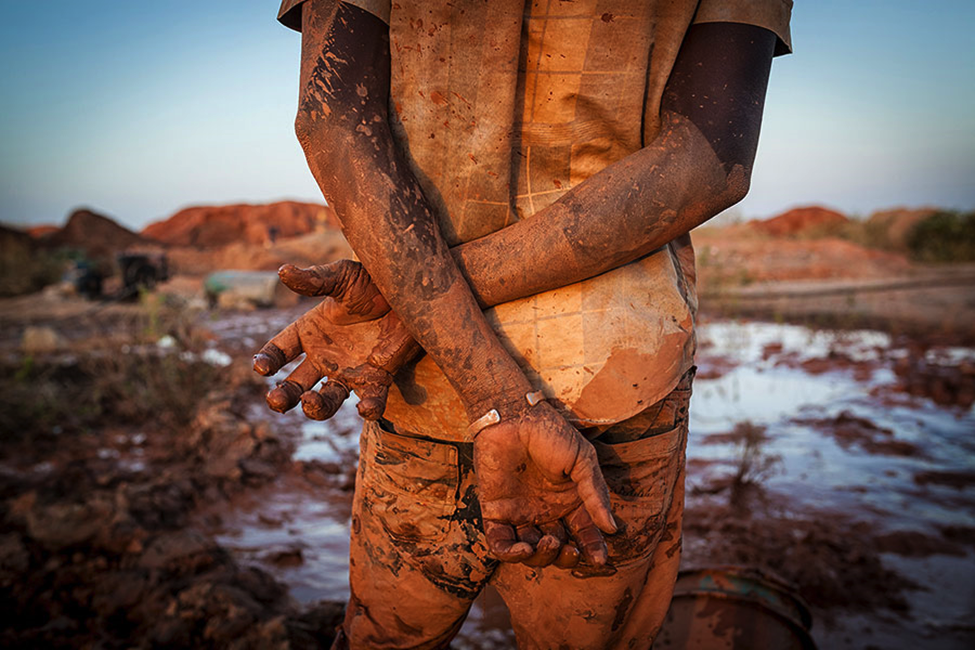 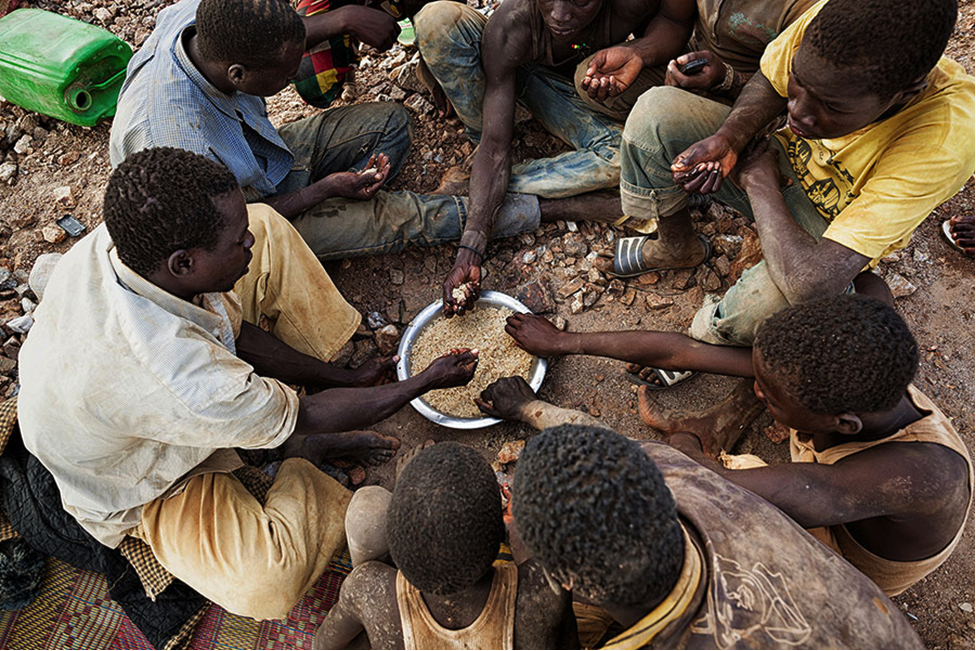 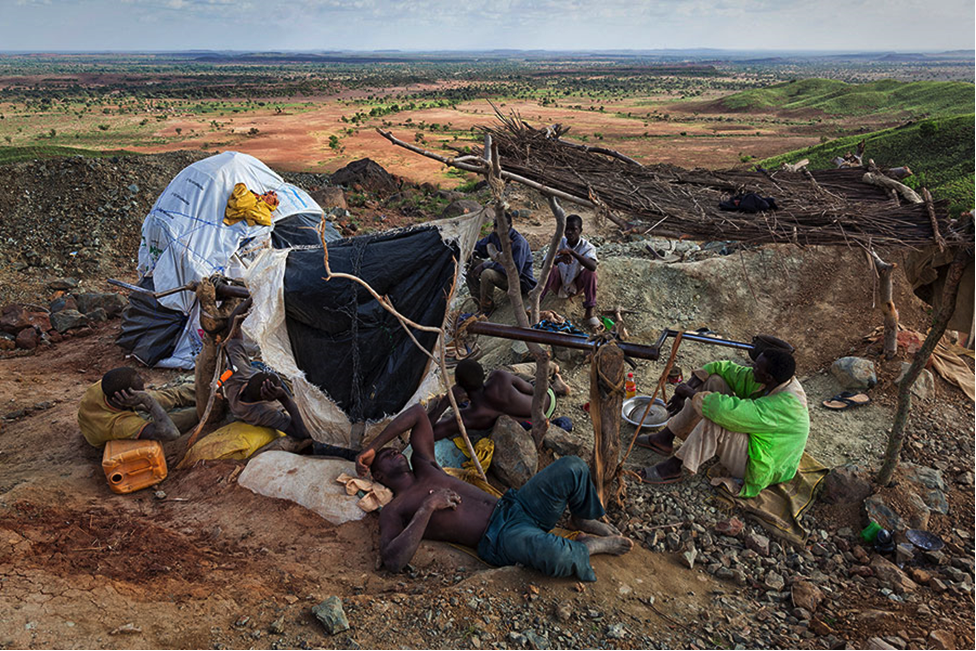 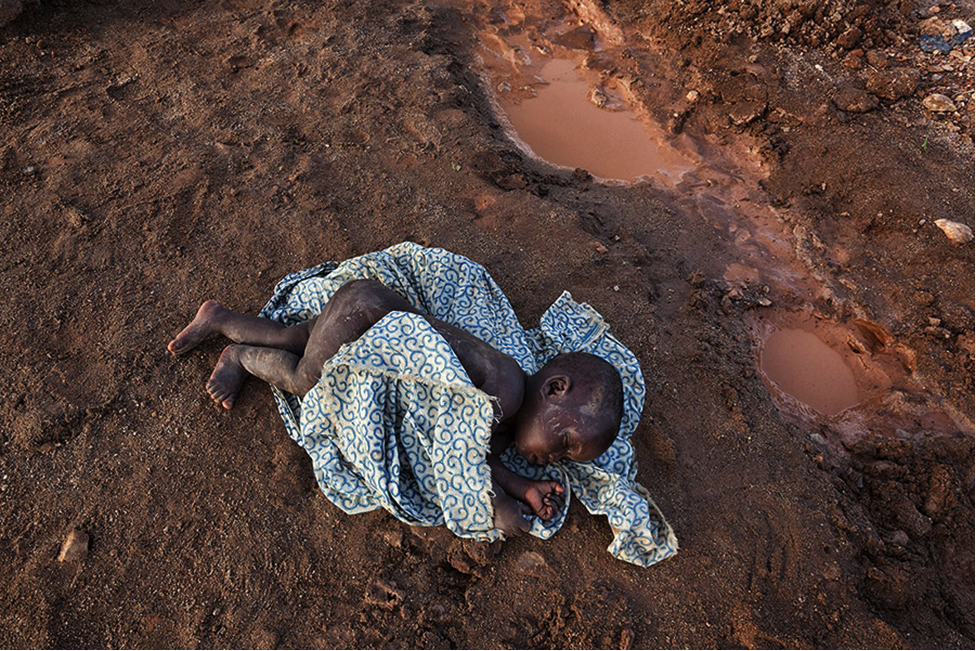 Thousands of Burkina Faso’s youths live and work on these sites in a country where the literacy rate is 28.7% (World Bank). Most, like Nuru, have never been to school and for many, the mines are their only home. The International Labour Organization considers mining one of the worst forms of child labour not just due to the immediate risks, like mine collapse but also the long-term health problems due to dust, toxic chemicals, and heavy metals— all on top of the consequence of back-breaking manual labour. The Canadian NGO, the Artisanal Gold Council, is active in the country to “address the growing issues surrounding ASGM including the use of mercury and cyanide, regularization of the informal economy, health and safety, and supply chain management.”[1] 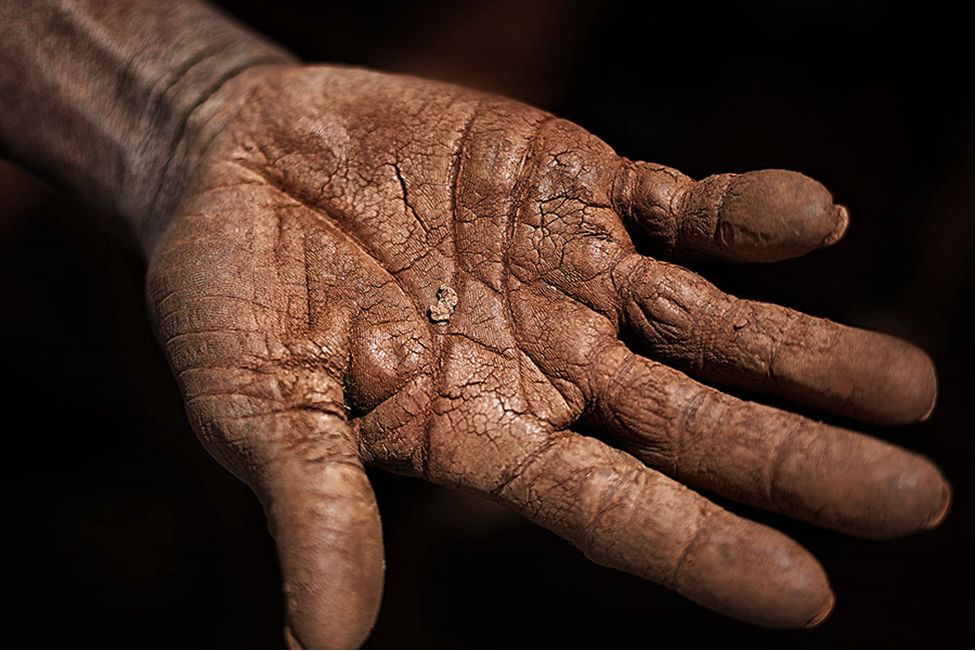 Government-approved dealers undoubtedly turn a blind eye to the children of the mines who suffer and die dreaming of their very own “El Dorado” for the sake of our smartphones.

Matjaz Krivic is a documentary photographer based in Slovenia. His photographs reflect the images of the marginal world and come from listening to the voices of the neglected. Digging the Future was featured at the Head On Photo Festival, in Sydney, Australia, in 2015. mail: info@galerijafotografija.si