On the ‘meat edge’? Meat consumption and reduction in middle class urban China

Insights from a qualitative study of meat eating in urban China suggest the need to re-think the dominant view on changing consumption; instead taking the on-going dynamics of everyday life in China as a starting point rather than simply focusing on creating food transitions through top-down interventions.

In 2016 two sets of dietary guidelines were released in China promoting a reduction of meat consumption alongside other dietary changes. The international media – and climate campaigners – celebrated China’s plan to cut meat consumption by 50%. But change is happening related to diets and meat consumption in China despite direct state intervention. In particular, diets are shifting for young and middle class consumers. In a shock to the meat industries in China and beyond in the past three years sales of China’s most loved meat – pork – have been falling. The presumption that meat demand will continue to rise with an increasing Chinese middle class suddenly looks flawed.

Recent qualitative research – undertaken as part of a research partnership between the Chinese Academy of Social Sciences (Associate Professor Zhu Di) in Beijing and the Sustainable Consumption Institute (Dr Ali Browne & Dr Jo Mylan) at the University of Manchester – explores these changing dynamics of middle class meat consumption. Talking to urban Chinese people in Beijing and Shanghai our participants revealed their desires for reducing the quantity of meat consumed in the diet, and increasing the quality of the meat to be consumed.

The Meanings of Meat in China
It’s important to reflect on the symbolic values afforded to meat in the Chinese context. The meaning of different types of meat has varied across different dynastic periods; however, meat has maintained its symbolic value in terms of celebration and ceremony as well as being associated with social status and position. For example, pork has always played a leading role in “Chinese ancestral rites, wedding banquets, funeral rituals, graduation ceremonies, and communist party festivities. Pork, in other words, is central to all discussions of food in the Chinese world” (Watson, 2014, p. 25).

Meat has historically been a rare and luxury food as well as having associations with celebration and social occasions. With greater availability of meat on the market and rising incomes people have come to enjoy and feel entitled to a more frequent consumption of meat products. Meat consumption in China has risen with massive increases in urbanisation, a growing middle class, increased eating out, and changing consumer preferences. Across China ‘meat’ (hun 荤) is considered as a core ingredient of many meals. Traditionally, it has been incorporated as flavour, featuring as small pieces distributed throughout many meat/vegetable dishes.

Signs of Changing Diets in Middle Class China: Meat Eating on the Move
As governments and other actors look to influence meat consumption practices to improve health and sustainability there are a number of things that should be considered. The first is a need to look at how ‘foodscapes’ are changing in urban China. In cities like Beijing and Shanghai informal, smaller street vendors are slowly disappearing: replaced by 24 hour convenience stores and larger, formal restaurants. Our participants reflected that such changing systems of food provision within urban China make it more difficult to participate in meat reducing diets. Larger quantities of meat have become woven into societal expectations about ‘good’ meals particularly when dining in restaurants. Some of our participants revealed the difficulties of eating a ‘good’ vegetarian meal, predominantly when eating outside of the home. Instead there was a need to adopt dietary flexibility when practicing vegetarianism or meat reduction. Some participants talked of needing to eat ‘meat edge’ foods (eating only the vegetables contained within mixed vegetable/meat dishes) when eating out or with older family members.

Partaking in meat reduction was also perceived to be difficult due to intergenerational ideas about health, familial responsibilities and ethics of care (filial piety – xiào孝). For those attempting meat reduced lifestyles, it was identified as easier to navigate their diets on their own or with peers. For families where there were multiple generations living with each other, the sense of respect for elders embedded in ideas of filial piety were holding back deeper practices of meat reduction or vegetarianism. Participants expressed a desire not to challenge their parents’ or grandparents’ dietary preferences or needs –especially those family members who may have memories of food scarcity. These familial restrictions on meat avoidance were also embedded in intergenerational ideas of health and dietary diversity. 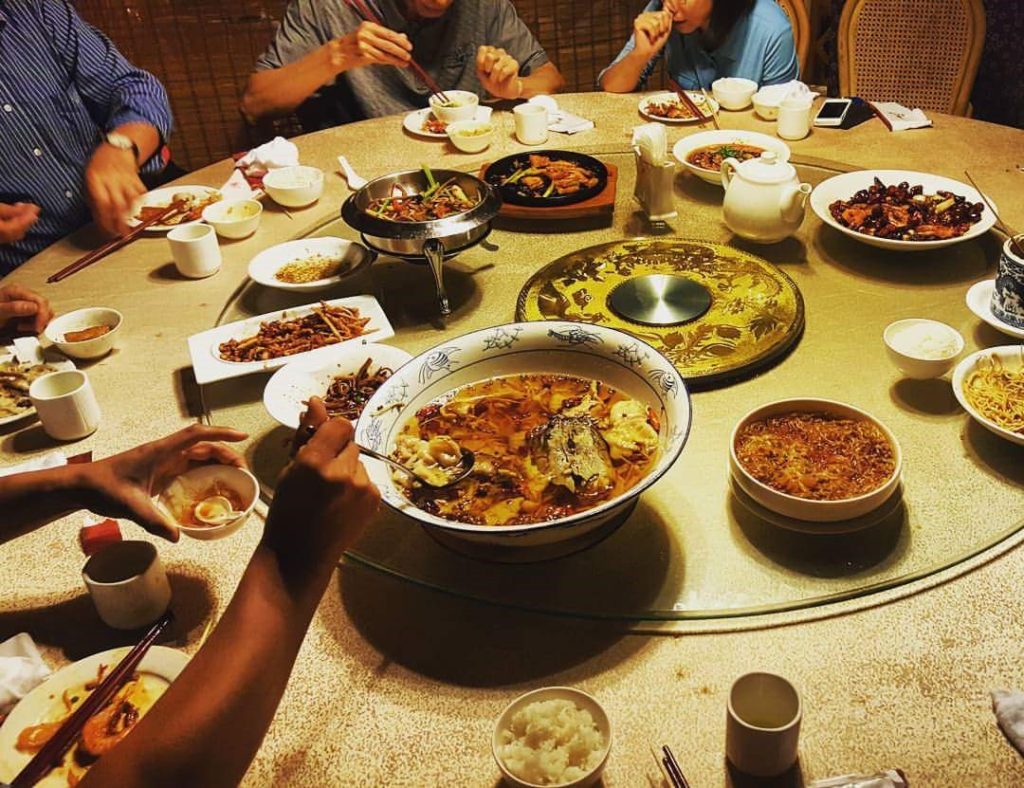 The influence of Traditional Chinese Medicine (TCM) can be observed in our participants’ views on the link between health and dietary diversity. A ‘good diet’ encompassed a diversity of food types, and on that basis participants spoke of the irreplaceability of meat and animal sources of protein (such as milk, cheese, yoghurt). The hybridising of values about dietary diversity and health from both traditional and western-inspired discourses were underpinning participants’ desires for meat reduced diets, as opposed to full dietary exclusion associated with fully vegetarian or vegan lifestyles.

Our study suggests that long-established conceptions of diet and health are on the move in dynamics that precede China’s 2016 Health Guidelines. Traditional views of diet are morphing with scientific information gathered from international and Chinese social media, the World Health Organisation and other international sources. A new set of values and views around health were emerging in the everyday lives of our participants – blending traditional ways of viewing meats’ role within the diet with new, scientific evidence of the negative impacts of increasing meat consumption on health.

Environmental sustainability messages concerning reducing meat consumption were rarely invoked in conversations about meat reduction or vegetarianism with our participants. Changing diets for both health and sustainability in China will take more than the release of government food pyramid guidelines. As such, those seeking to influence more sustainable dietary patterns in China might consider ways to leverage already shifting social values around health, beauty and diet across the Chinese middle classes as a potential route for change. Deeper consideration also needs to be given to the shifting systems of food provision within the Chinese context and how these spaces of ‘eating out’ can be made more conducive to ‘meat reducing’ or vegetarian diets.

Funding: This project was funded by the Chinese Academy of Social Sciences (CASS) and the Sustainable Consumption Institute (SCI) at the University of Manchester. This article was recently presented at the funded ESRC Social Science Festival Event “Addressing the meat problem: What role for the social sciences?”