As May 7th gets closer, an election where the stakes are high. I am attending more and more events which outline how serious precarity and poverty is in the United Kingdom today. Academics (not only sociologists) from many disciplines are becoming increasingly worried about the lasting damage that is happening within the UK through austerity, and widening inequality. But it is among grassroots activists that I see a step change in how everyday people think about politics. It has been a long time since I have felt this level of anger throughout the UK and within working class communities. It is undoubtedly class politics, and about class struggle.

Mainstream politicians in the United Kingdom continuously argue that class struggle belongs in the last century; their denial that working class people have been subject to an over-enthusiastic and increasingly cruel and uncaring system, which siphons resources away from them and into the pockets of the wealthy and the elite, means that inequality is now so stark that even sections of the elite are afraid of the consequences. Nevertheless, our mainstream politicians continue to deny this and bury their heads in the sand.

However, over the last year a militant and grass-roots activism has been rumbling away from Glasgow to London, and everywhere in between. The mainstream media and political parties would have us believe that the British public are turned off by politics and are apathetic; this is very far from the truth.

“The Rich, the rich, we’ve got to get rid of the rich.” This was the chant of 1,500 protesters marching across Tower Bridge in London on a very wet and very cold Saturday afternoon in January. This was the very boisterous and very loud section of the ‘March for Homes’, which started in Shoreditch in East London. It was led by the FocusE15 campaign, a group of young mothers and their children who were forcibly evicted from a homeless hostel in 2013.

The hostel sits in the shadow of the billion pound developments of the Olympic Park and the Westfield Shopping Centre. Since their eviction, this group of mothers and children have developed into a very strong campaign group with a wide range of supporters. They fight local evictions in Newham in London, but are also part of the London wide campaign and are fighting against a severe housing crisis, which is seeing hundreds of thousands of working class people being displaced from their homes and communities all over London.

The Focus E15 campaign is just one example of the terrible and cruel ways that working class families, and young mothers in particular, are being treated in austerity Britain. This is the consequence of widening inequality, unrestrained markets, and a lack of empathy for those who struggle to survive in a rampant neo-liberal drive for more and more wealth to be redistributed upwards.

Meanwhile, multi-million pound housing developments in London are segregating less well-off tenants from wealthy home-buyers by forcing them to use separate entrances. A Guardian investigation discovered a growing trend in the capital’s upmarket apartment blocks, which are required to include affordable homes in order to win planning permission. It found that residents in social housing are forced to use different access points from those for the home owners, a phenomenon dubbed “poor doors”. Even bicycle storage spaces, rubbish disposal facilities and postal deliveries are being separated. When I first read about this development ‘One Commercial Street’ I immediately knew that this was wrong: I didn’t need to consider whether de-valuing a person and making them walk round the back was better than providing no home at all – which is the argument levelled at those of us who spent six months protesting outside this symbolic monument to capitalism.

This is what my current research is about. It examines, and will tell the story, of what is happening to working class families in this part of London, and how precarious their lives have become because of the forces of the market. I am critiquing how power works, and what precarity means to families living on the edge and having to choose between paying their rent and heating their home. Like all good ethnographies, this research is site-specific, but it will draw upon wider understandings of structured class inequality.

I will also use my ethnography and the research process overall to facilitate a fight back. I get out on the streets, I march, protest, and I argue against the inequality, which I know exists because of the research I undertake, giving me the tools to critique, a voice to be heard, and knowledge to educate.

I am not alone in the three-pronged attack I make on injustice, through research, theory, and activism. There are many of us who work to fulfil the needs of our institutions, to ensure we meet the requirements of the REF so we can continue to be employed, but who are also trying to make a real impact on a situation we know is wrong.

Although it is very common to see me out on the streets with a megaphone, or a pitchfork, at least once a week somewhere in the country. I am not saying that this is what every sociologist should or can do. We have many talents. I know sociologists are generally decent people, who care about their research, and their students. However what I am asking is: what is the point of sociology if it stays in the classroom? My fear is that it becomes merely a pedagogic subject. My ultimate fear is that it becomes a part of the market for education, and our beautiful theory becomes a tool to continue inequality. My sociology is a discipline. It is critical, and cares very deeply about social justice, social inequality, and discrimination.

During the BSA Annual Conference in 2013 entitled ‘Engaging Sociology’ a few of us decided that ‘us’ sociologists were not engaging with society at all – we were engaging with each other, albeit having great and interesting discussions. Yet we recognised that the political and social climate was changing and that academic discussion which only stayed within the academy was futile. We recognised that we needed an alternative to the marketised interpretation of the career academic.

We wanted our students to understand the importance of the sociological imagination and to welcome those of us who didn’t come from the ‘traditional’ university family. As bell hooks argues, those of us who are traditionally on the outside of the academy are crucial in continuing our discipline. We recognized the importance of sociologists engaged with wider communities, talking to different publics about the ‘sociological imagination’, and using it in shared struggles against inequality.

We are many; there are tens of thousands of us inside and outside of academia. Our knowledge, and our skills are desperately needed within the struggle that is taking place within people’s homes, on the streets, and within our workplaces. Some of us can get on the megaphone, others work in admissions and ensure that our students represent a much wider section of society than in many other disciplines in the academy, while others network and collaborate with community organisations. I am a proud radical sociologist, I use the research I undertake, and the resources of my discipline, and of the University to expose power, and I am critical of social structures that reproduce inequality instead of ameliorating it.

Ours is a critical discipline, and requires critical and radical thinking, it is practice, it is theoretical, and it is political. Alvin Gouldner, a sociologist I greatly admire because of his critique of sociology, argued that: ‘the relations between theorists, on the one hand, and movements or parties, on the other, should be governed by the principle that each is autonomous of the other organizationally, but collaborate on the basis of their common commitment to human emancipation’ Gouldner (1973: 107)

Therefore, I ask of my fellow sociologists in these times of growing inequality and the marketization of education, what are you? Are you a teacher of the subject called sociology? Or are you a sociologist? Adding to theoretical, philosophical and critical arguments, being part of change and interrogating power and injustice. 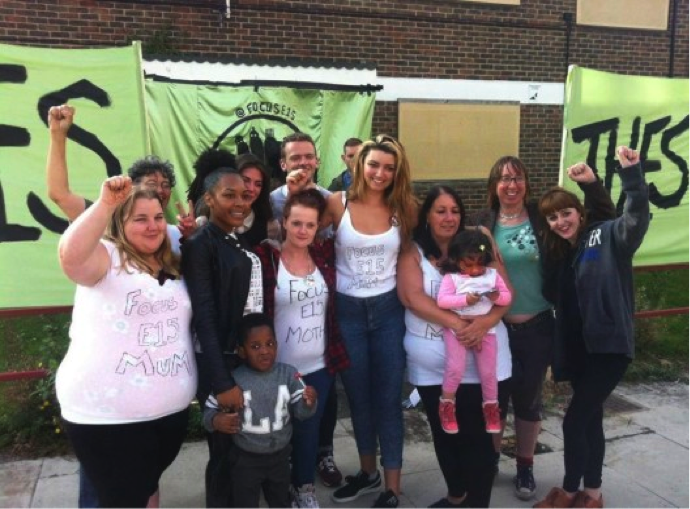 Lisa Mckenzie is a research fellow in the Department of Sociology at the London School of Economics and Political Science, working on issues of social inequality and class stratification through ethnographic research. Lisa brings an unusual and innovative approach to research by means of her extensive experience of bringing activism and the academic world together with the local community.