POLICY AND POLITICS: A matter of public knowledge? Inquiring into the Grenfell Tower disaster 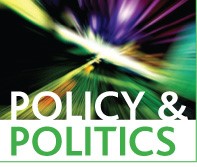 This section of Discover Society is provided in collaboration with the journal, Policy and Politics. The section is curated by Sarah Brown.

As the public inquiry into the Grenfell Tower fire begins its labours, it is already wrapped in controversy. The arguments about the inquiry point to significant conflicts about how we – the public – are supposed to know about such matters. At the heart of these controversies is a crisis of knowledge in which different ways of knowing are in dispute: who gets to ask the questions and what questions get asked? What types of information should be included, what counts as evidence, what types of knowledge are considered valid and invalid, and who gets to make those judgements? These different ways of knowing are entangled in social and political relationships – and inequalities – that bear directly on the issues at stake in the Grenfell Tower disaster.

Bundled up in these controversies are problems about the relationship between evidence, expertise and experience, as survivors and other local residents demand a form of inquiry that is responsive to their needs and concerns. The problem is that public inquiries are rarely designed in such terms: rather they aim to be evidence-based, legal in approach and formally authoritative. This classic public inquiry model seeks to impose a cool and dispassionate gaze on the horrors of Grenfell. However, the opening claim by the inquiry’s Chair, Sir Martin Moore-Bick – that the inquiry would examine all the relevant evidence and assess it ‘calmly and rationally’ – is not going to resolve these issues. Indeed, the contrast between the distress and anger experienced by the Grenfell survivors and the dispassionate and impartial legal view of how the inquiry will proceed sits precisely at the core of these knowledge problems.

The inquiry’s knowledge controversies began with the appointment of Sir Martin Moore-Bick as the inquiry Chair. As a retired judge from the Court of Appeal of England and Wales, he was immediately perceived as socially, culturally and emotionally distant from those affected by the fire. Both he, and the potential advisers to the inquiry, have been a focus of dispute because of who they are, what they represent, and the sorts of ways of knowing that they embody. For these reasons, their ‘embodiment’ matters, giving rise to the challenge using the Equalities Act by BMELawyers4Grenfell about the composition of the advisory panel for the inquiry. The desire to see ‘people like us’ involved in the inquiry process reflects the deep suspicion that the experiences of being excluded, disdained and denied by ‘the authorities’ have engendered among Grenfell survivors and many others. Indeed, the experiences of being ignored and disdained are simultaneously one of the political conditions of the Grenfell disaster and a link to the wider patterning of social divisions and social inequalities in Britain, particularly as they work through social housing.

The second issue was the problem of scope: Moore-Bick’s original proposal was that the inquiry would focus narrowly on the immediate causes of the fire and its travel. This constrictive framing was challenged immediately, such that its boundaries have been loosened to take into account the refurbishment of the tower block and the immediate aftermath of the fire.  But even these expanded terms of reference limit the inquiry to local matters, as if it was possible – and meaningful – to separate the local council’s social housing policies and practices from wider processes and relationships. It is clear that Kensington and Chelsea Borough Council had a particularly noxious relationship with its social housing tenants, particularly expressed through the Tenant Management Organization. But how can we make sense of those attitudes and practices outside of the contexts provided by government housing policies, the sustained demonization of public housing (and its tenants), the contracting out of public services, the fiscal austerity imposed since 2010 and the endless desire for ‘deregulation’?

All of these political and policy changes provide a context in which the Borough council can value property development over social housing, treat its tenants as problems to be managed and contained, and create a culture of disdain and denial in which tenants’ concerns and anxieties could be readily ignored. In particular, the wider policy preference for forms of ‘arm’s length’ ways of managing public services – exemplified in the Tenant Management Organization – gives rise to a further question for the inquiry: exactly how long is an arm’s length? In Kensington and Chelsea, it appears that the length of an arm allows the council deniability (the tenants are nothing to do with us), while maintaining a grip on the essentials (budget setting for the Tower’s refurbishment, for example). The limited legal and forensic investigation of the immediate ‘cause of the fire’ may have given way, grudgingly, to a more contextual understanding, but ways of knowing that would engage with the multiple contexts that made this disaster possible are still being resisted.

As the inquiry begins its work, it is already clear that the formal legal style deemed appropriate for the conduct of public inquiries guarantees that there are further difficulties in store. These will centre on the form and tone of the inquiry – creating a process that will be public, rather than popular, so to speak. The Chair’s distinction between the feelings of the survivors and the calm and rational assessment of the evidence marks this troubled line. The legal model continually draws a sharp distinction between what can legally be grasped as ‘evidence’ and the much murkier – and apparently dangerous –  world of experience and emotion. Such things – noted by Sir Martin as the residents’ sense of ‘anger and betrayal’ – tend to be categorised as the stuff of ‘stories’ or ‘feelings’, which can be set against the ‘facts’ of the matter. In such legal jurisdictions, the ‘facts’ will always override ‘stories’. And a coolly impartial juridical gaze will always trump emotion. It is already clear that what will count as the ‘truth’ of the Grenfell Tower fire will be profoundly contested.

The problem – as the Hillsborough victims’ families discovered – is that the public inquiry model so cherished by the British establishment is not fit for purpose. More precisely, it is not fit for any popular purposes, in which the people affected (directly and indirectly) are desperate to know more about the causes and conditions of the fire and to understand the distribution of both guilt and responsibility. This desire is not just a matter of knowledge: those living in, and connected to, the Tower already know much about the flats, the risks, the council, the impacts of austerity, the effects of social inequalities and so on. They are not ignorant victims, looking for the great and the good to come and tell them what they ‘need to know’. They already know much, but they want know more – especially about the the connections, the disconnections, the denials, the relationships and the responsibilities that created the conditions for this disaster.

It is here that the limits of the legal style of investigation are most sharply revealed. It will not be hard to produce forensic findings about the cause of the fire and its spread; it is even possible that the police may find evidence of acts that constitute corporate manslaughter. But an equally forensic analysis of how responsibility was distributed, dispersed and denied through ‘arm’s length’ organisations, through layers of sub-contracting, through budgetary preferences and through political and cultural orientations will be much harder to achieve. Laying such processes bare is absolutely central to accounting for this horror, but whether a public inquiry can deliver this remains open to question. The inquiry process will not go smoothly – it is unlikely to achieve that patient and impartial process of discovery so cherished by the establishment imagination – precisely because it invokes profound problems about our ways of knowing and the forms of knowledge that are valued and validated in our world.

John Clarke is emeritus professor in the Faculty of Arts and Social Sciences at the Open University.