Every aspect of human existence, including the water supply, air quality, the sustainability and nutritional value of the food chain, and ultimately our physical and mental health, seems to be negatively affected by the production of housing, goods and services necessary to sustain society. Outwardly, it seems, progress in the conditions of material existence seem to go hand in hand with the destruction of the Earth’s natural ecology. As the human population of the planet approaches 8 billion and with further intensification of urbanised living it seems almost fated that our lives will become starved of natural contact. But need this always be so? That, in large part, is the question my project poses.

As someone brought up in Chicago, a city which, through the ecological sociology of Park and Burgess in the 1920s, almost exemplifies modern urbanisation, my work has led me to enquire about the ways in which this city, and for that matter other cities of the world, might be able to mitigate its dense, almost anti-natural conditions by novel, ‘green’ actions. 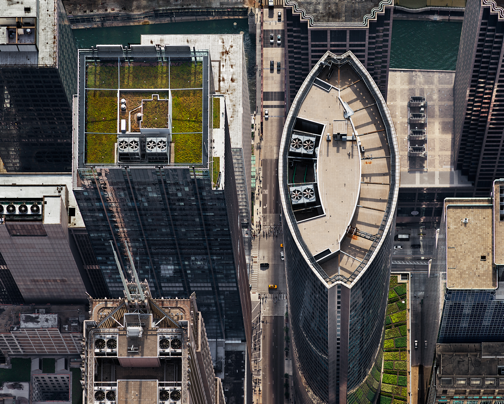 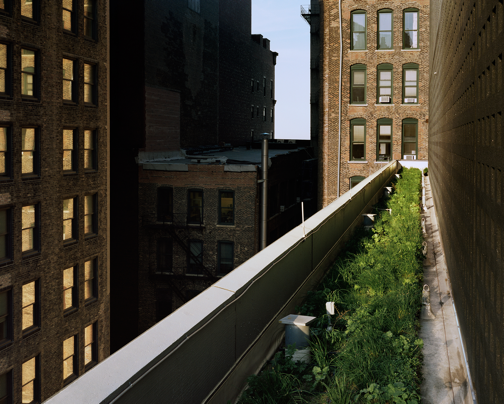 Rooftop gardens and ‘eco roofs’ seem to me to play an important role in countering some of the ill effects of our contemporary urban existence and lifestyle. Green roofs are living, ever changing natural entities placed atop commercial or residential buildings in cities where otherwise grass, trees and shrubs and flora generally are designed out of existence or else have only a minor decorative role. 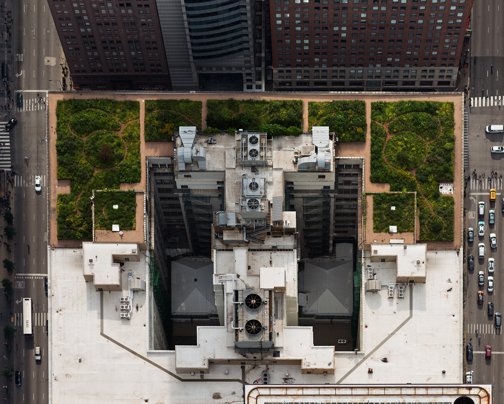 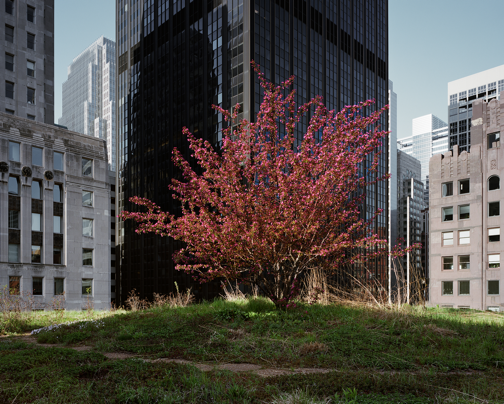 Largely invisible and inaccessible to the general public, rooftop gardens, in my view, serve as the harbinger of urban sustainability. But they need to be known about, and my project aims to do just that. The Rooftop project expresses what some contemporary urban planning pioneers are doing to mitigate the consequences of non-renewable energy consumption by countering what is known as the ‘heat island’ effect, improving storm water control and reducing our carbon footprint. These elevated landscapes represent the judicious reintroduction of nature, flourishing in a new urban setting. Instead of the buildings becoming objects in the landscape, it is my view that we should make them integrate and disappear into the landscape. That’s a tall order of course, particularly in skyscraper cities like Chicago. 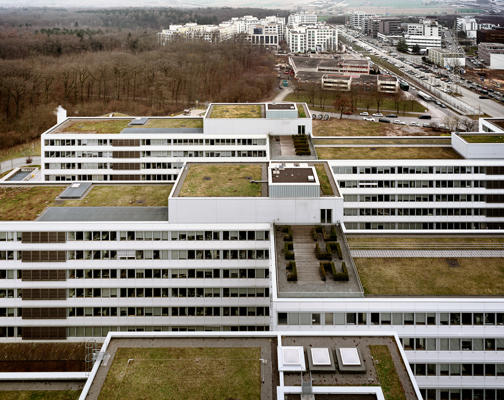 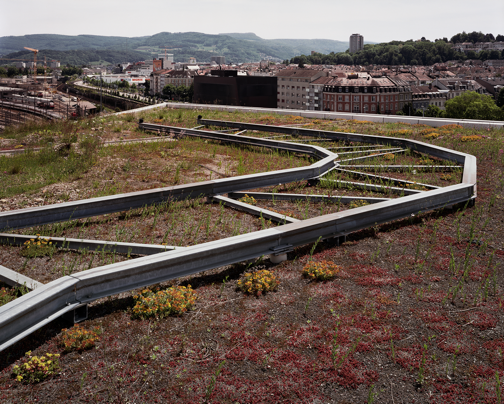 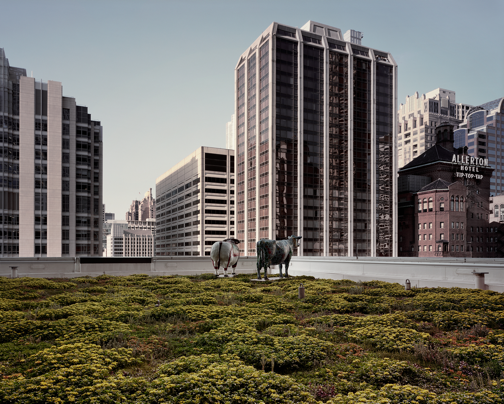 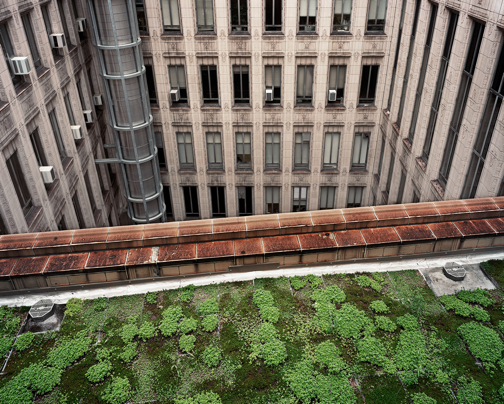 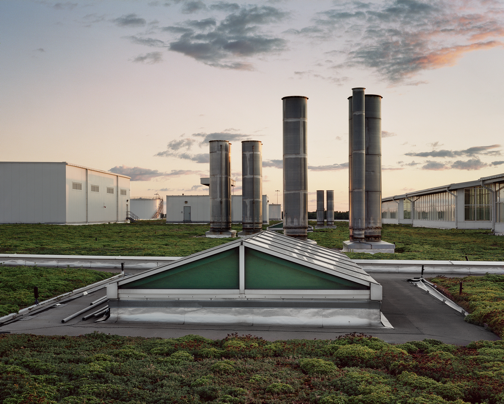 The most important thing for me is that we act positively. Yes, the degree of human impact on the planet changes everything. This should be fully acknowledged. I also think that as we make our blunders – which we do all too frequently – we can also find ways of redressing them and repairing things. When we work together as groups with a common purpose, a goal is often accomplished. And the achievement of such collaborations is easier than we think. Green roof design is by its nature a collaborative process. Architects, engineers, designers, contractors, etc all work together to mimic, or better reproduce, the qualities of nature. Such collaborations support the notion of sustainability by bringing nature into the urban setting, lessening human impact and by showing that ecological mitigation can be achieved.   Strange as it appears urban rooftops are used for producing food and in many cases without pesticides.

Brad Temkin studied photography at the University of Illinois in Chicago and took a Master in Fine Arts, Photography, at Ohio University. A winner of numerous awards, his work on the greening of environments has been exhibited worldwide appearing in many major art and museum collections. His most recent (2015) book, Rooftop, is published by Radius Books, Santa Fe, New Mexico. 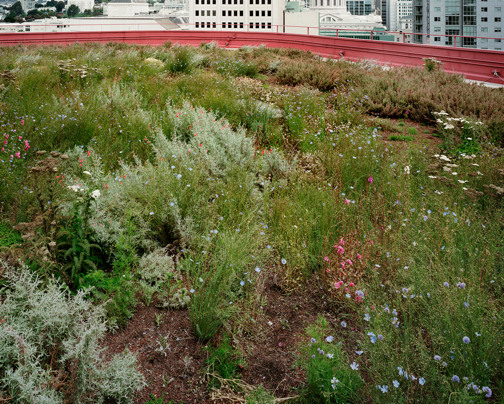