Park is an art and landscape investigation engaging my own response to ecological stress, part of broader project which I’ve entitled My Anthropocene. The project title is partly in response to the Fotofest exhibition in Houston, where I exhibited work on the theme of climate change and energy use. Park is limited to only one park, the Joshua Tree National Park in southern California. I completed the image capture phase of the work while travelling to the Houston event, this having been instigated some years before while I was taking photographs of oil and gas drilling (fracking) in areas adjacent to US national parks.

The title has a double meaning. One meaning accords with the conservationist aspect of Wikipedia’s definition of a park as “an area of natural, semi-natural, or planted space set aside for human enjoyment and recreation or for the protection of wildlife or natural habitats.” The second meaning addresses the ‘human enjoyment’ element of this definition, hence the park’s apparent need for roads, parking areas, picnic facilities, public toilets and more. The US national parks are usually thought of as areas of empty wilderness but this is absolutely not so. People always lived or worked there, whether as part of tribal lands in past times or, just outside of living memory, as part of mining enterprises or cattle ranching. And they are certainly not empty today. Joshua Tree National Park is projected to receive 2.4 million visitors this year alone.

The management of the park does its best to cater for these rival worlds, one for those people with an interest in ecology, conservation or perhaps the experience of the natural sublime (in the manner of Wordsworth’s Guide to the Lakes perhaps) and others for whom the response to the landscape is essentially touristic. Everything in the park reflects the tension between these modes, which my own work tries to capture.

Some of the explanatory signs mounted along the roadside helpfully identify flora and fauna or explain the startling geology of the park (and does so in scientific terms that those imbued with religious beliefs about creation might likely have difficulty with). There are quotations from the naturalist John Muir. Muir (1838 –1914) was a Scottish-born naturalist who petitioned the US Congress to pass a National Parks Bill of 1890. His approach to nature was highly spiritual and he used the term ‘home’ as a metaphor for nature. It is difficult to know what he would have thought of the national parks today, complete with visitors’ centre, shelves of knick-knacks, and anthropomorphic signage, all of which produce in total effect something akin to nature’s Disneyland.

Park employs two very different styles of photography in the light of these tensions. One is in the tradition of what might be called the ‘romantic sublime’, an image of nature promoted in US national parks. The other is more within the current tradition of documentary photography, although is intended to have a humorous side, which is my response to the American ‘park culture’ in a place where there is a strong emphasis on public safety but you can also carry concealed side arms. And in a desert with minimal rainfall, motorists are warned against flooding. (Presumably flash floods do occur.) People use their own motor vehicles to move around the park (in the busiest areas of the Grand Canyon National Park, in contrast, solely transit buses are used.) For most visitors, except for the hardiest of walkers, the ‘park experience’ is a motorised one. 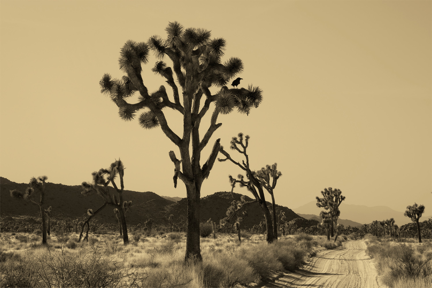 The Joshua tree pictures were originated as digital files. These were printed onto watercolour paper which was coated with liquid photographic emulsion. These were then electronically scanned and enlarged before the making of the final print. My intention was to produce explicitly romantic images which refer back to the history of photography and early landscape photography. The pictures form a considerable contrast to the brightly-lit colour images which place the park and Joshua trees within their context, which, as noted, is sedentary, car-based tourism.

There is another story to be told and it is one with which, photographic imagery has some difficulty. Joshua Tree National Park is located at the meeting point of two different desert habitats, the Mojave and the Colorado. The higher-elevation Mojave has more vegetation, including the spiky-leaved Joshua Tree (Yucca Brevifolia) which is not actually a tree but a yucca. These plants grow extremely slowly, about an inch per year and can live for hundreds, even thousands, of years. In an extraordinary case of co-evolution, each species of yucca plant is pollinated by a single species of moth. Despite my best efforts, I was not able to find a yucca moth. Adapted to a very dry climate, mature Joshua trees have shallow spreading roots and can thrive on one good soaking rainfall per year (doubtless the day on which the flood warning signs might have some function.) Yucca seedlings however need more regular rain to survive. The new climate extremes and extended droughts mean that both yuccas and associated moths face a real extinction risk. It this does occur – and it is a worry to the park staff – it will add pressure to the desert ecology. 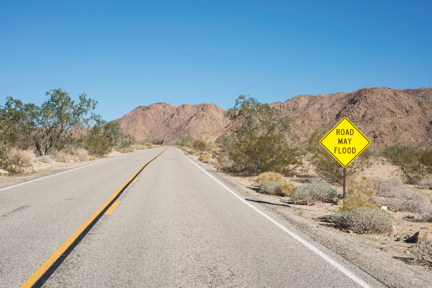 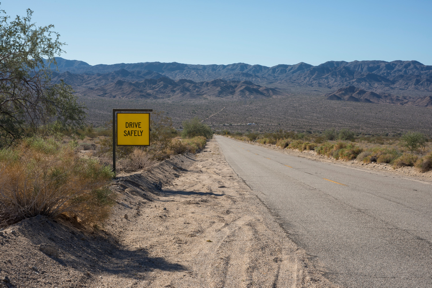 Rather than exhibiting a wild, authentic nature – which is as much mythological as real – the ecology of the park tells the very different story, that of the Anthropocene. 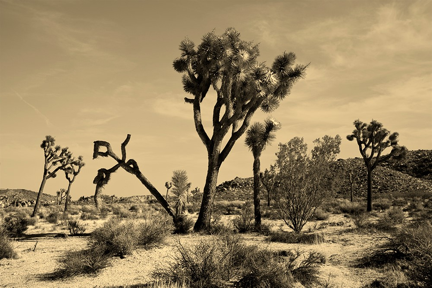 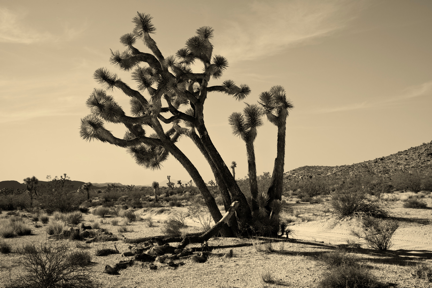 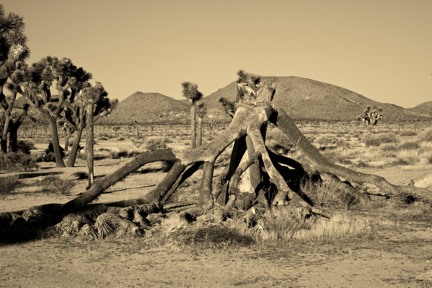 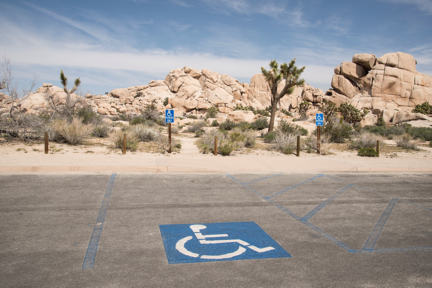 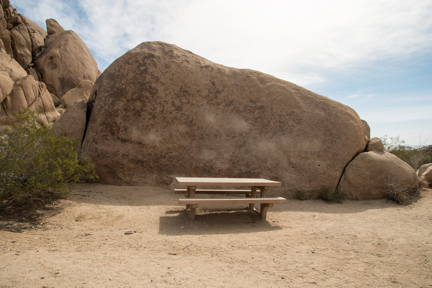 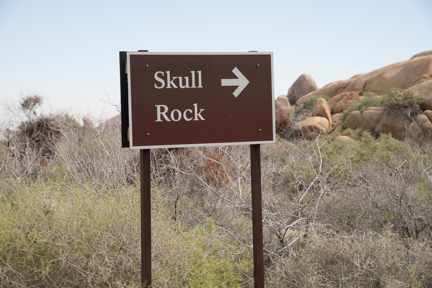 Gina Glover is a British photographer with degrees in Fine Art Painting and Photography. She was co-founder of Photofusion Photography Centre in London. In 2008 she received the Royal Photographic Society’s Hood Medal and has been twice winner of the Medical Research Council’s Visions of Science award. Her work has been shown in Europe, the USA and China and Glover has featured in numerous books. Her own latest book is The Metabolic Landscape: Perception, Practice and the Energy Transition (Black Dog Publishing, 2014). Her science and medicine photography website is here.