Beyond appearances: negotiating discourse and policies on diversity in Scotland and South Tyrol

Addressing diversity (whether cultural, racial, religious, or linguistic) is an issue faced not only by nation-states, but also by regions and sub-national entities. In this regard, such a challenge is well epitomized by Scotland, with its civic nationalist claims, and South Tyrol, an Italian autonomous province with German and Ladin-speaking minorities and a sophisticated system to protect them. Both areas have become destinations for migrants, who represent both 9% of the Scottish population and 9% of South Tyrolean population. Scotland and South Tyrol present interesting case studies within which to explore discourses and policies on diversity and their influence on individuals and wider society.

Scottish nationalism has been described as a civic and inclusive form of nationalism. The governing Scottish National Party (SNP) has long-claimed that Scotland is “open, welcoming and outward looking” and have emphasised that Scottish national identity is open to anyone who wishes to claim it. The ‘One Scotland, Many Cultures’ campaign developed by the Scottish National Party can be viewed as exemplary of the civic nationalism that the Scottish Government have endeavoured to promote with an ideology that anyone living in the country can claim Scottish identity whilst simultaneously pursuing the campaign for Scottish independence. Scotland has a growing ethnic minority population and Glasgow is Scotland’s most diverse city. City branding, including the motto ‘People Make Glasgow’, has been used to promote a narrative of inclusion. However, previous research has identified a divergence between political attitudes towards immigration and those of the general population, who are not so inclusive in their views toward migrant groups. Most Scottish people continue to define Scottish citizenship based on birthplace and ancestry. 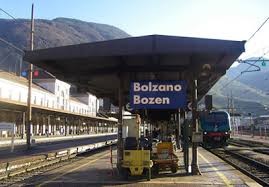 In South Tyrol, the German and Ladin-speaking populations benefit from one of the most advanced systems of minority protection. Combining political autonomy, power-sharing mechanisms and several cultural and linguistic rights, it is presented as a model to settle ethnic tensions and foster peaceful cohabitation between ethnic groups. However, some of its measures, like the distribution of public employment and public resources among the linguistic groups in proportion to their numerical strength and the creation of three separate (Italian, German and Ladin) schools, are based on the distinction between the linguistic groups and some observers point out that it has fostered divisions between them in many aspects of social and political life. Indeed, each group has created its own structures such as trade unions, political parties, associations, and mass media, thus limiting social contacts. In addition, there is the issue of how the system interacts with the increasing migrant population and in this regard studies point out that South Tyrolean policies and discourses present migration as a challenge to local cultures and languages and express exclusive and negative attitudes (in line with many other European regions).

In these two European contexts, there remains the question of how people on the ground, whether locally born or with a migrant background, experience Scottish and South Tyrolean distinctive discourses and policies surrounding diversity. In particular, what is the impact these discourses and policies have on individuals themselves, who face multiple pressures when negotiating their own identities within these regional contexts? Detailed insights come from the VOLPOWER research project, during which interviewswere conducted with young adult volunteers (aged 18 – 27) active in local sports, cultural and arts volunteering networks, addressing several topics, including sense of belonging and interpersonal relations. Participants (6 in Scotland and 7 in South Tyrol) included first and second-generation migrants as well as young adults without a migration background who had been born in Scotland or South Tyrol, in order to assess if attitudes towards diversity discourses and policies varied across groups [1].

The research has identified a perception that the welcoming narrative adopted by the Scottish Government can make life easier for newcomer groups, as one young person said, …when you come to Scotland and you hear that it’s a welcoming place it kind of puts your mind at ease. It’s much easier than going in to London or some places down south and going in to all the stories around knife crime and hate crime and stuff like that… Another young volunteer said of the ‘People Make Glasgow’ campaign that …I think one of the best sign of being in Glasgow. It’s like kinda, People Make Glasgow is welcoming for everyone. This is what ah love about Glasgow. Glasgow is not for some people, it’s for everyone… The city’s inclusive tagline had left a lasting impression on this volunteer, who felt more included as a result.

Study participants also discussed the dilemma surrounding the validity of their Scottish identity claims without meeting the essentialist criteria traditionally associated with Scottishness. One participant said …I feel if I tell people I was Scottish… that’s me embarrassing myself because I do not look Scottish or appear Scottish; I cannot claim to be Scottish… Another participant highlighted the importance of accent …Yeah, like I don’t have a Glasgow accent, so I think people think I’m a bit weird as well, they ask me where I’m from.

These examples of micro-aggressions, and the barriers to claiming a Scottish identity highlight the everyday sense of exclusion which migrant groups in Scotland face. Being able to identify as Scottish is not as straightforward as civic nationalist discourse may have us believe. Rather, a number of ethnocentric criteria must be met before one can claim to be Scottish. One local-born volunteer discussed the violent atmosphere present on football match days in Glasgow…sometimes ye’ll be walkin’ through the town an’ people shout abuse at ye’ an’ yer like ‘ah don’t want tae be fae here’ (You will be walking through the city and you hear people shouting abuse at you and it makes you think “I don’t want to be from here”). The same volunteer went further to say that these instances impacted on her sense of belonging to the city …a lot of the time I’m proud to be from here… but sometimes in certain situations you see people acting… horrible and stuff like that, that’s when the sense of belonging disappears… The findings suggest that young adults with more years of living in Scotland are more likely to be critical of the local environment and point out shortcomings in relation to diversity policy and welcoming narratives.

From the interviews conducted in South Tyrol there emerged a surprising distinction in opinions between those participants who grew up or lived in the province for many years and those who have settle in South Tyrol more recently. The first group seems to have a more critical stance toward both the cohabitation among the Italian, German and Ladin-speaking groups and South Tyrolean discourses and policies on migration. As said by one of the young interviewees, there are clear borders … deep boundaries between Germans and Italians. Indeed, of course, there are bilingual signs … there is a lot of bilingualism. But looking at social contacts, it is actually quite one-sided.[1]

This negative perception of South Tyrolean cohabitation comes together with a negative view of attitudes toward migration in South Tyrol, where there are prejudices and in the words of one of the interviewees there is an invisible wall between locals and migrants. Furthermore, the perceived separation among South Tyrolean groups seems to have repercussions for long-term settled migrants. A first generation migrant who lived in South Tyrol for several years points out that the two [Italian and German] cultures are always more far away … and this situation affect myself, because I am always between more worlds and in a situation of continuous translation, not only linguistic, but also cultural. Thus, the interviewee argued, I feel I belong nowhere, or I belong to both sides and this situation brings me a certain emotional insecurity.

Instead, migrant interviewees who have spent only few years in South Tyrol tend to highlight the advantages of South Tyrol’s cultural features, mainly the possibility to speak and learn both Italian and German, and feel at home in the province, considered as an inclusive place where migrants are treated well. Interestingly, they stress that individuals should follow the rules and adapt to the society which appears to depart from the prevailing understanding of the concept of integration in the European Union as a two-way process of mutual accommodation where the society as well should adapt to the needs of the migrant population.

It should be noted that positive stances on South Tyrolean cohabitation and attitudes toward migration are shared by an Italian interviewee who spent childhood in another region. One might thus wonder whether growing up and being entrenched in the divisions among South Tyrolean groups might foster a more critical view of the society. However, beyond this observation, many of the interviews tend to highlight that it all depends on the specific ambit and individual persons that they met. Thereby the research confirms the importance of analysing such issues looking not only at the political macro-level, but also at the micro-level of social interactions.

In conclusion, to comprehensively capture the approach towards diversity of a society, it might be necessary to move beyond the appearance of public discourses and policies on diversity pursued by national as well as sub-national and regional governments. Indeed, young adults interact and negotiate these discourses and policies based on their unique personal experience. In this regard, time seems to play a key role, since participants who had spent a longer time in the regions, including first and second-generation migrants, were more likely to criticize and challenge prevalent discursive and policy approaches.

Notes:
[1] All quotations of interviews conducted in South Tyrol are translated in English by the authors from German or Italian.

Marcus Nicolson is a PhD candidate and Project Manager for the VOLPOWER research project at Glasgow Caledonian University, Glasgow. His research focuses on the identity negotiation processes of young adult migrants in Scotland. His research predominantly uses qualitative methods, including photovoice and creative arts practices in a participatory manner which foregrounds the lived experiences of young people living in Glasgow. @NicolsonMarcus Andrea Carlà is Senior Researcher at the Institute for Minority Rights of Eurac Research in Bozen/Bolzano (South Tyrol – Italy). His research focuses on the interplay among ethnic politics/minority protection, migration politics and security issues. He is the co-editor of Migration in Autonomous Territories. The Case of South Tyrol and Catalonia (Brill-Nijhoff: 2015) and serves as the Principal Investigators of the Eurac Research team for the AMIF funded project VOLPOWER.

Acknowledgements: This project has received funding from European Union’s AMIF Asylum, Migration, and Integration Fund project Volpower: Volunteer and Empower: Enhancing Community Building and Social Integration through Dialogue and Collaboration amongst Young Europeans and Third Country Nationals under grant agreement No. 821619. Any dissemination of results here presented reflects only the authors’ view. The Agency is not responsible for any use that may be made of the information it contains.