On October 2, 2016, Colombians were summoned to vote in a referendum on a peace agreement between incumbent president Juan Manuel Santos and FARC — the country’s strongest and oldest left-wing guerrilla — to end the longest civil conflict in the Western World. Against expectations in Colombia and abroad, the referendum was rejected by 50.2% of the nearly 13 million ballots cast making both Santos and the FARC realize the actual extent of their own unpopularity in urban Colombia, while putting the agreement in an unexpected stalemate.

The rejection was the result of months of dirty ‘post-truth’ politics from the ‘No’ camp — spearheaded by the far-right, ultra-conservative organisa- tions, the Catholic church, and Evangelic groups — who managed to mobilise historic despise for guerrillas, homophobia, anti-feminism, and resistance to gender-equality in a toxic combination. One message circulated through Facebook by the ‘No’ supporters sums it up: ‘Colombia is in danger! Of falling under the control of a communist dictat- orship and the imminent passage of a gender ideology’. In fact, the expression ideología de género — which finds its European equivalent in the expression théorie du genre as brandished by the ultra-conservative French collective ‘La Manif pour tous’ since 2012 — became the trope around which the final stages of the ‘No’ campaign consolidated. Such strategy proved crucial for the result.

The entrance of Colombia into the twenty-first century brought about various legal changes with regard to sexuality and reproductive rights that have generated considerable resistance and backlash from powerful ultra-conservative organizations of various types. The legal and ideological struggle between opposing camps has intensified lately around issues such as abortion, same-sex marriage, adoption by same-sex couples, institutional discrimination on the basis of sexual orientation. One case whose effects were of massive proportions — in cultural, legal, and political terms — was that of Sergio Urrego, a queer 16-year-old boy who committed suicide in 2014 after he was punished and harassed by the teachers and directives of the school he attended for being in a relationship with a male classmate.

After her son’s suicide, Urrego’s mother sued the school and the Secretary of Education of Cundinamarca (Bogotá’s county). In 2015 the Court found the school guilty of discrimination and directives were sent to trial, while the national Department of Education — then led by openly lesbian politician Gina Parody — was ordered to ‘extensively revise all schools behaviour handbooks to ensure that these respect sexual and gender identity’. The decision concerning the Department of Education was prompted by the fact that the school directives had argued in court that their actions were in agreement with the rules inscribed in the school’s behaviour handbook.

On the 25th of July 2016 — just two months before the referendum on the peace agreement — Ángela Hernández a 26-year-old MP from ex-president Álvaro Uribe’s political party, attacked Gina Parody claiming she was using the Department of Education to enforce the ‘homosexual colonization’ of schools. Hernández and the ultra-conservative organizations sharing her views mixed-up the provisions of Law 1620 — established in 2013 with the aim of creating mechanisms for the prevention and mitigation of bullying and violence in schools — with, first, a questionnaire created by the Department of Education in response to the ruling in Sergio Urrego’s case addressed to school’s principals to guide them so as to improve schools behavioural handbooks; and second, the booklet ‘Free of discrimination school environments’ created through a collaboration between the Department of Education, the UNFPA, and UNICEF (see).

On August 4th 2016, a right-wing news portal tweeted some images taken from Belgian gay comic book In Bed with David & Jonathan claiming they came from the sexual education manuals the Department of Education intended to make mandatory in schools (see). A scandal broke and on August 10th, ultra-conservative organisations and the Catholic church, with the explicit support and presence of Ángela Hernández and Alejandro Ordóñez, took to the streets of several Colombian cities to protest against la ideología de género (see). The marches were massive and took the government by surprise.

On August 17th, Revista Semana reported that a message widely circulated through WhatsApp claimed that Article 82 of the Havana peace agreement demanded ‘to establish gender ideology as state policy’ and that if the agreement were to be accepted in the referendum, ‘la ideología de género’ would become inscribed in the constitution and therefore sacrosanct. Articles expanding on this started to appear in early September. On the 6th, Ilva Myriam Hoyos, the Inspector’s office delegate for family and childhood (an active member of the Opus Dei), published a 38-pages text quoting extensively from the agreement and other sources to build an argument by means of rhetorical questions about the social and political scope of the ‘focus on gender’ as integrated in Article 82 (Hoyos Castañeda 2016).

Hoyos Castañeda’s text was published in the Catholic website ‘Razón+Fe’ with a short summary written by the website’s editorial board. This summary states that the focus on gender had two different aims: firstly, ‘to promote measures that help attaining material equality between men and women’; secondly, to ‘become a political platform of ideological activism for the feminist and lgtbi [sic] movement that will provide a juridical framework and abundant public funds to “transform imaginaries”, to “legitimate diverse identities in every domain of life”, and to promote the right “not to be stigmatised because of sexual orientation and diverse gender identity” ’ (see).

The editorial does not make clear where the quotations come from, however, these are some of the issues Hoyos Castañeda and the ultra-Catholic and conservative organisations she shares her views with point precisely to what is at stake: the fantasy of the Colombian nation that is currently being vigorously fought upon from different ideological perspectives. In her long text Hoyos Castañeda partly spells out the social transformation feminist, antiracist, and queer activism seeks, namely, to transform institutions — marriage, family, education — and to open up new possibilities for understanding the human being, society, and the state (Hoyos Castañeda 2016: 28). She adds that such an approach aims at ‘downplaying moral and religious beliefs and therefore at restricting freedom of conscience and of religion’ (ibid).

This last point connects the position of current Catholic fundamentalist activism with the secular one strenuously brandished by the opinion makers dominating the contemporary Colombian public sphere such as Daniel Samper Ospina, ex-director of male oriented magazine SoHo which is a cultural product of enormous significance in contemporary Colombia. Though both, as I argued elsewhere, oppose each other, they join in their universalist aspirations and in their implicit and explicit violence. They both enact — put to work — coloniality and in particular, though also differently, the coloniality of gender: the religious side by means of the persecution of homosexual desire and existence— itself a colonial imposition and therefore one of the aspects of the coloniality of gender; the secular one by means of the extreme enforcement of spectacular femininity and the postfeminist regime. Both through the reification of the sexual difference understood in binary and hierarchical terms. Hence, violence (an all too common trope in Colombian history) — colonial, political, symbolic, sexual, of gender, of class — is at the heart of the issue. 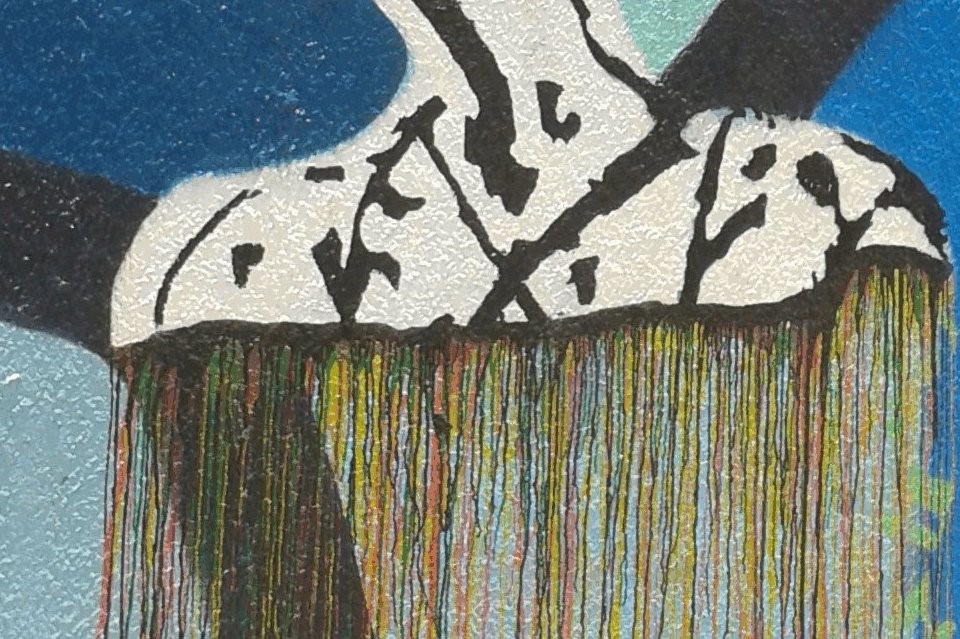 In fact, the series of events that occurred since the suicide of Sergio Urrego crystallise violence in all these manifestations: the case itself (Urrego was punished, har- assed, falsely accused of sexual harassment, pushed to his limits so that he committed suicide); the backlash against the legal and political implications the case achieved (itself a backlash against the prevention of violence that also emerged as violent attacks against Gina Parody for her being lesbian); the manner in which all this was recuperated to push towards gathering consensus to keep perpetuating a civil conflict that has affected above all those who have mainly got from the state either indifference or annihilation or both (peasants, rural communities, indigenous communities, the disabled, the poor, the victims of the so called Falsos Positivos).

The months from July to October 2016 saw the publication of documents aiming at guiding school principals on diversity (so as to mitigate school violence against the sexually different) that were mandated by the Department of Education then headed by an openly lesbian minister who was consequently accused by an ultra-Catholic 26-year- old female politician of intending to accomplish the ‘homosexual colonisation’ of school children all of which was followed up by massive protests that turned into a vitriolic attack against the said minister and culminated in the rejection of a referendum over a peace-agreement between the world’s oldest left-wing guerrilla and an historically right- wing state to end the world’s longest conflict and which forced the resignation of the minister. These events constituted a ‘media event’ of enormous proportions, unfolded as melodramatically as any telenovela, and accentuated in quite an emphatic manner the contemporary pertinence — in Colombia and the world at large — that the cultural is indeed political.

Isis Giraldo holds a PhD in Arts from the University of Lausanne where she works as a lecturer in the English Department. She is currently working on her first book project, Contemporary Fantasies of the Colombian Nation: Beauty, Citizenship, and Sex, which is based on her PhD dissertation and which focuses on Colombian media and culture. Her fields of interest include feminist theories, postcolonial/decolonial theories, cultural studies, media studies, and Latin American studies.