Broadband is one of the essential services for most people in the UK but its provision is patchy and, in many places, unsatisfactory. The government’s target is to provide ‘superfast’ coverage to 95% of the UK population by the end of 2017.  But what does superfast mean and who are the 5% not covered by the target? Superfast means download speeds of at least 24Mbps (megabits per second). I have not been able to find a specified minimum upload speed. The 5% of the population not covered by the target have not been identified but if you live in a thinly populated, rural part of the country you might well find yourself left out. There are at least two reasons for this: the existing infrastructure makes it hard to provide adequate connectivity over long distances and small, rural communities do not generate adequate profits to attract commercial providers.

The major infrastructure problem is that most broadband providers use the copper cables over which telephone services are delivered. These cables were not designed to carry large volumes of data and the speed available decreases as distance from the exchange increases. It’s possible, with clever engineering, to squeeze more bandwidth out of a given length of copper cable but it’s costly and much inferior to fibre optic technology which provides excellent bandwidth with minimal signal loss. However, there is little incentive for the owners of the existing infrastructure to invest in new technology while they are making handsome profits from the old.

It’s important to know that so-called ‘fibre’ broadband is not always what it seems. The real deal uses fibre optic cables all the way from source to destination. It’s known as FTTH (fibre to the home) or FTTP (fibre to the premises). By contrast, most of what is currently called fibre broadband uses fibre optic cables to connect telephone exchanges to street cabinets but then uses copper cables from street cabinets to houses. It’s called FTTC (fibre to the cabinet). FTTC is a hybrid fibre/copper mix and it’s second rate because the copper part of the system has the inherent shortcomings already described. Caveat emptor: if someone tries to sell you fibre optic broadband, check what they’re offering. There’s a world of difference between FTTP and FTTC!

What then can you do if you live in a sparsely populated rural area? One option is DIY. In December 2011 Broadband for the Rural North (B4RN) was launched to provide a fibre optic service for rural Lancashire because its founders believed they would be left behind if they relied on the government’s strategy. The B4RN solution to the rural broadband problem is simple but radical. B4RN is a not for profit organisation which brings together community volunteers to build an FTTP network. For readers who are interested in the hardware, the network uses blown fibre technology.

B4RN is a community benefit society. It’s owned by its shareholders who are, for the most part, members of the communities who have raised the funds and built the network. The revenues raised from the service pay for a small central staff who plan, manage and develop the network. Once revenues exceed costs, the additional funds have to be put back into the communities who own and use the network. In Silverdale in northern Lancashire, where I live, we have been part of the B4RN community since 2014 and achieved our first live connection in 2016.

Villages which want to join the network have to establish their credentials by raising money and organising local people to do the donkey work. Our part of the B4RN story began with a public meeting in Silverdale in March 2014 addressed by Barry Forde, one of the founders of B4RN, who is a networking expert and the CEO of the organisation. 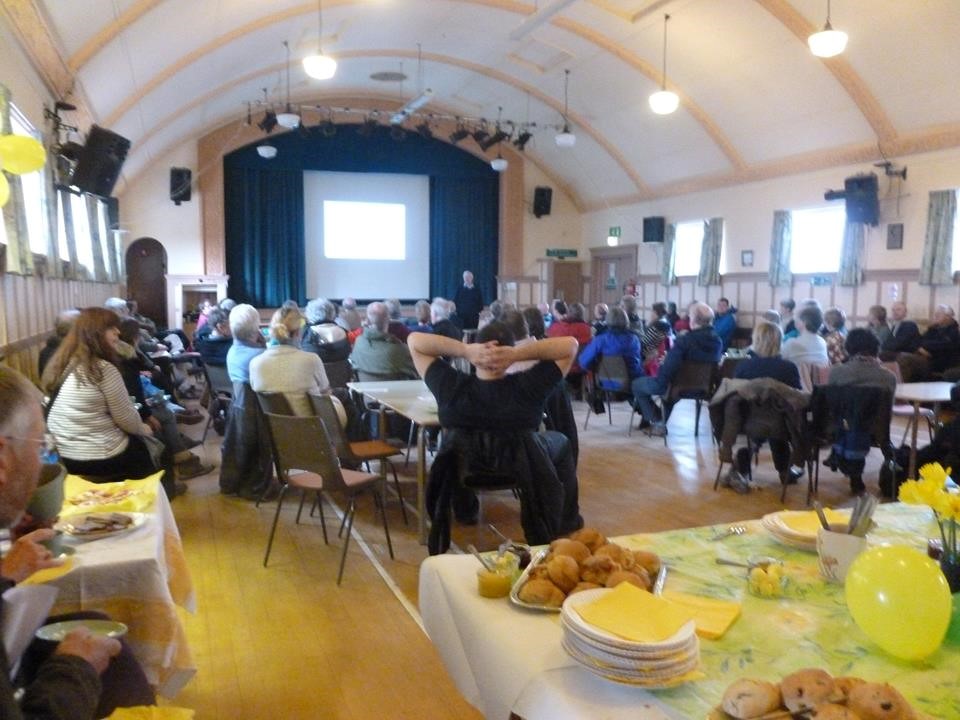 He’s an inspirational speaker and set out what we had to do to become part of B4RN. We had to raise enough money via shares and loans to fund the extension of the network from our nearest connected neighbours, and we needed to get agreement from all the landowners on the projected route. B4RN would then develop a detailed network plan for the village. Our meeting yielded a small group of volunteers willing to put time and effort into trying to make the project a reality. For the most part we are retired or semi-retired, fairly affluent and with time available. We didn’t, at the start, understand quite how much commitment would be needed. Perhaps it’s just as well.

Silverdale lies to the west of the M6 and the nearest connected village, in 2014, was to the east. In addition, the Lancashire canal, the west coast railway line and the A6 all stood between us and the existing network so we thought, initially, that the technical challenges would be the most important. In fact, the negotiation of way leave agreements and the coordination of activity have turned out to be more time consuming. The way leave agreement is a crucial document which all landowners sign if the core route, or a spur of the route, crosses their property.  Commercial operators pay for way leaves but B4RN is not for profit and depends on landowners granting free way leaves. Without them the network could not have been built because it would have been too expensive. So you have to find out who owns all the land on your projected route, you have to go and talk to the landowners and persuade them of the merits of the project. Some see the benefits immediately, others don’t. Discussion, explanation and negotiation are key activities.

We spent the first few months feeling our way and then held a meeting for a small group of potential helpers. We got some business done but faced opposition from a vocal minority who listed all the obstacles that stood in the way and concluded that we couldn’t succeed. And that has been part of the story. It can be an uphill battle just to mobilise enough local support to overcome the naysayers and doom mongers not to mention the problems thrown up by the ever churning rumour mills. All in all we spent two years negotiating access, planning the route, deciding on a site for the Silverdale network hub and making a detailed map of the village which has about 900 properties.

Finally, in April 2016, we broke ground for the first time with a small group of volunteers digging a hole and installing an access chamber. We had fun doing it but got rather wet when the rain tried to spoil the party. It’s also hard work and we quickly learned that technology is the answer. 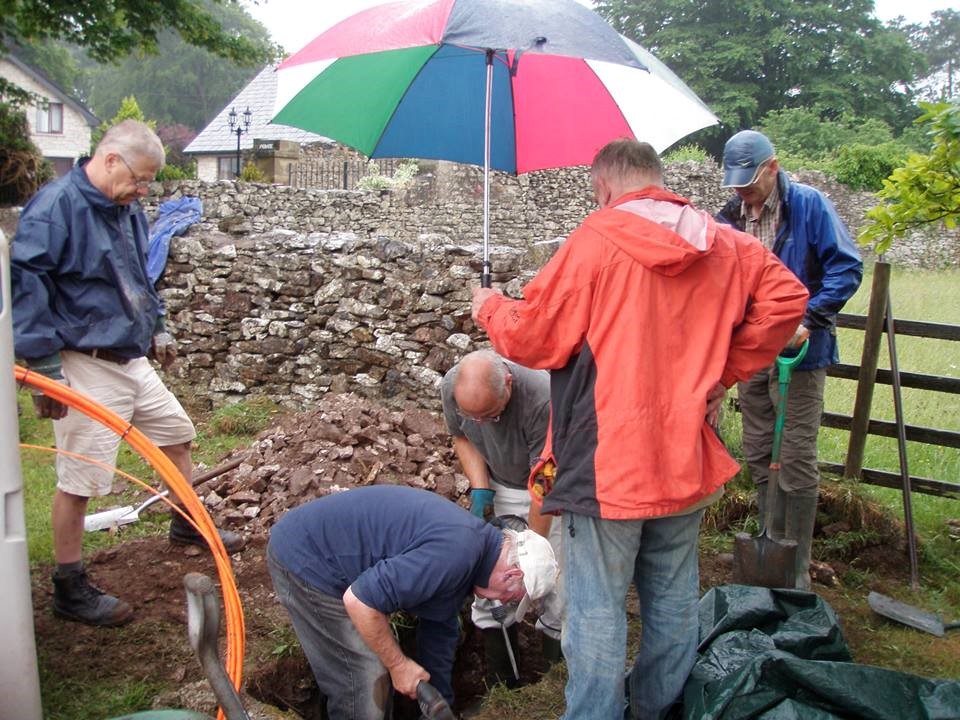 If you can find a mini-digger and someone who knows how to operate it, speak to them nicely, ply them with tea and cake and get their help. The major physical effort got under way at the beginning of July when we started digging the main trench to bring the core fibre optic cables from the neighbouring village of Yealand Conyers to our local hub in the boiler room underneath St. John’s, the village church. Most of our volunteers have been towards the older end of the population age distribution but not all. We have had three generations of the same family working together.

On 9th September 2016, the hub switching equipment was turned on and the B4RN network became a reality in Silverdale. Never mind the government’s ‘superfast’ standard. Our subscribers have a gigabit, that is 1000 Mbps, both down and up. We can’t use all that capacity at the moment but the aim is to make the network future proof. Who could tell, back in the days of dial up connections what the future would require, and who can tell, now, exactly what will be needed in the next twenty years? We’re confident that our network will satisfy those needs robustly and reliably.

Now, at the start of 2017, we have some 60 properties connected to the network, paying the standard subscription of £30/month. The subscription is not going to go up because no-one is taking profits out of the organisation and it may even go down when sufficient revenues are available, if that’s what the shareholders decide. There’s a vast amount of work still to be done. Average uptake across the whole network, which is growing rapidly and now has more than 3,000 subscribers, is about 65% so we think we might end up connecting 600 properties. It could be more. In other words, we’re only 10% of the way there in terms of connections but the principal fact is that we’ve done it. We, and all the other B4RN communities, have proved that ordinary folk can, if they wish, come together and succeed where government has failed. 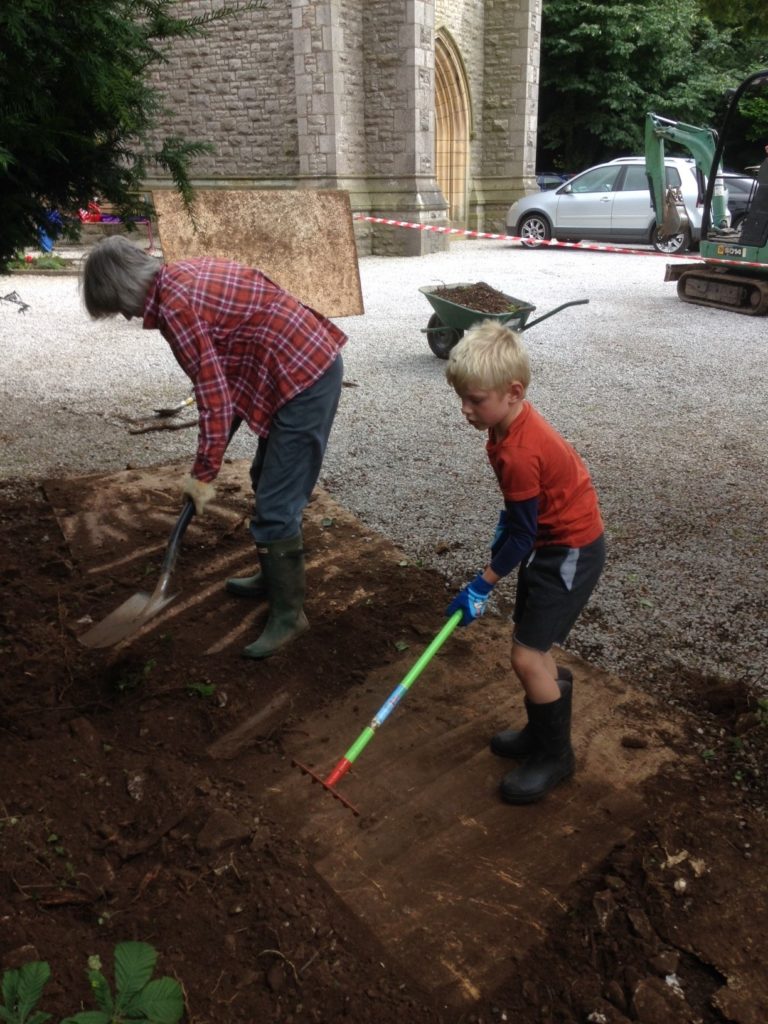 I don’t think we should conclude from this that central government can be abandoned totally in favour of small scale local activism. Coordination, to take just one example, would become impossible and communication would break down if we tried to scale up our project to reach the 95% of the UK population that the government is targeting. What we can and should do is use local successes as benchmarks for what’s possible. We should not be satisfied with the current government standards and we should not accept telecoms industry assurances that we are getting a good deal. B4RN has proved that ordinary people can build a world class broadband network and our standard should become the standard for the industry. Why settle for less?

Andy Wells taught psychology at the LSE until he retired in 2012 and moved to rural Lancashire. In addition to his voluntary work for B4RN he remains interested in questions about the nature of mind and about mind in nature. As he is now out of the academic rat race it is an open question whether his third book will ever be written. Twitter: @andywells52