When I grew up in the Deep South, in New Orleans, the norms of racial segregation were strictly enforced. The law itself was victimizing people, and it was doing this based on the color of their skin. The black women who worked for my family could only enter through the back door and had to eat, after the family was served, in the kitchen. Looking back, I see that the psychological challenges were many. Working for white families, psychologically, the servants were in a classic double-bind situation. Often cherished as lovable members of the family, they generally were treated as underlings and talked down to in a manner reserved for children. The mistress/maid relationship was therefore fraught with difficulty and contradictions. The black woman typically talked to members of the white family with great deference and in a tone of voice that was very different from the one she used with her peers.

I didn’t see all the contradictions at the time, but I loved the women who worked for us and hated that they could not go to our public parks, churches, or sit in the white sections of the buses and streetcars. One day, I thought, I will be strong enough to speak out against these wrongs. But at the time, riding a bus in St. Bernard Parish, when the bus driver stopped the bus and made us rearrange our seating so no black person sat in front of any white person, I was rendered speechless. The guilt weighed upon me though and, only later, could I partially redeem myself at my university in North Carolina, during what turned out to be the final year of the Civil Rights Movement. Protest was easy—I didn’t have to speak out, just hold a sign and picket, or join a march, singing, and sit-ins.

That was in the 1960s. Paradoxically, I decided to leave the U.S. to live in a country that was less prejudiced. With this aim in mind, I wound up as a teacher in Northern Ireland. While there, I participated in the Irish Civil Rights movement and endured daily threats from staff and pupils in Portadown. When the headmaster trumped up charges against me, there was no choice but to return home. In 1970, I found a much-improved America and began my studies in sociology to put my life and experiences in perspective.

Fast forward to the 21st Century. Teaching social work at the University of Northern Iowa, I learned of a nearby community of black residents who had come from the Deep South, from Mississippi, and who were part of the Great Migration. I figured that a majority of the women would have worked as maids. “What a wealth of stories, these women will have,” I thought. My plan was to somehow get recordings of their life stories. But I believed that only other African Americans can truly capture them, speaking and sharing the memories as one black person to another.

It took years to find partners in the project of recording the stories of older African American women who had worked as maids. In the end, three of us—one, the descendant of slave owners in Louisiana, the others the descendants of slaves—joined together to interview women who had grown up under the laws of segregation, on one side or the other, and to share our collection of stories from what was once known as “Jim Crow” or the “southern way of life”. These stories are now preserved in The Maid Narratives: Black Domestics and White Families in the Jim Crow South.

The resilience of these strong, intelligent women who had endured the caste system of the South shines through their stories. Working as cooks, maids, and housekeepers in white homes in the Jim Crow South, they cared and helped raise white children, who were destined to grow up privileged while their own children would have none of these advantages.

What was segregation like for black families in rural Mississippi and Louisiana? What was the daily life of a maid? These are among the questions that we set out to explore. The facts are revealing. Ruthie O’Neal describes, for example, a typical way in which the servants were instructed to abide by the norms of segregation: “She’s 12 years old,” the lady of the house told her, “call her Miss Nancy.”  She was shocked to overhear herself referred to as “Darky” by her boss in a telephone conversation.

The paradoxes of historic southern etiquette emerge in such statements as “I would not only clean the bathroom, but I’d take a bath in the bathtub” as recalled by one woman who was not allowed to use the facilities. Another example is offered by Vinella Byrd:  “The man didn’t want me to wash my hands in the wash pan.” The bathroom was off limits as well. So she was forced to cook the family dinner without being able to wash up.

Inspired by events that were taking place in Montgomery, Alabama, our interviewees found ways to quietly, or very openly, resist the system, and ultimately to change it. Bottom of Form

I want to underscore the debt we owe to these domestic servants, not just for all the warm caregiving they provided to their own and others’ families, but for the roles that so many of them played in shaping the history of social justice.

The time was 1955, and the place was Montgomery, Alabama. The bus segregation as dictated by law was of an especially nefarious and impractical form: blacks had to first pay the driver in the front and then depart the bus and re-enter by the back door. There was a movement by black citizens underway to modify this policy, and Rosa Parks volunteered to take her stand and sit up front. It was what came next that so surprising. The whole city of maids and other black workers rallied in support, and at great personal sacrifice for over a year they refused to board the bus until segregation had come to an end. Domestic servants walked miles and miles to work. Their protest was galvanized by a young minister new to town named Martin Luther King. The practice of mass civil disobedience to unjust laws in the tradition of Mahatma Gandhi was developed through the black churches in Montgomery, Alabama. The PBS film, Eyes on the Prize, shows actual news reels of domestic servants walking back and forth to work in unity against the segregated buses. The Hollywood movie, The Long Walk Home realistically captures this historic event and the ultimate victory that was won.

It was thanks to these domestic servants, in short, that the first victory of civil rights was won, and a national movement built on concepts of passive resistance (really pacifist resistance) and civil disobedience was born. And it was not just in Montgomery, Alabama, but in other parts of the South as well that servants and former servants took a stand. If they couldn’t march themselves, out of fear for losing their jobs, they sent their children. Their older, retired relatives were there also. We learned much of social change efforts from our interviewees.

We heard Elra Johnson at age 100 describe how she defied the old Mississippi norms of segregation and walked right through the front door of an official building when blacks were only permitted to walk through the back, how she became a top leader of the Mississippi protest movement, and of how proud she was when called to Washington to meet with President Kennedy. The Ku Klux Klan burned a cross at her home; she faced them off, while her husband went into hiding. “They didn’t want no Negroes to have no freedom, “she explained.

And we heard of the bravery of Annie Pearl Stevenson, the mother of the book co-author, Charletta Sudduth, who conducted the interview. 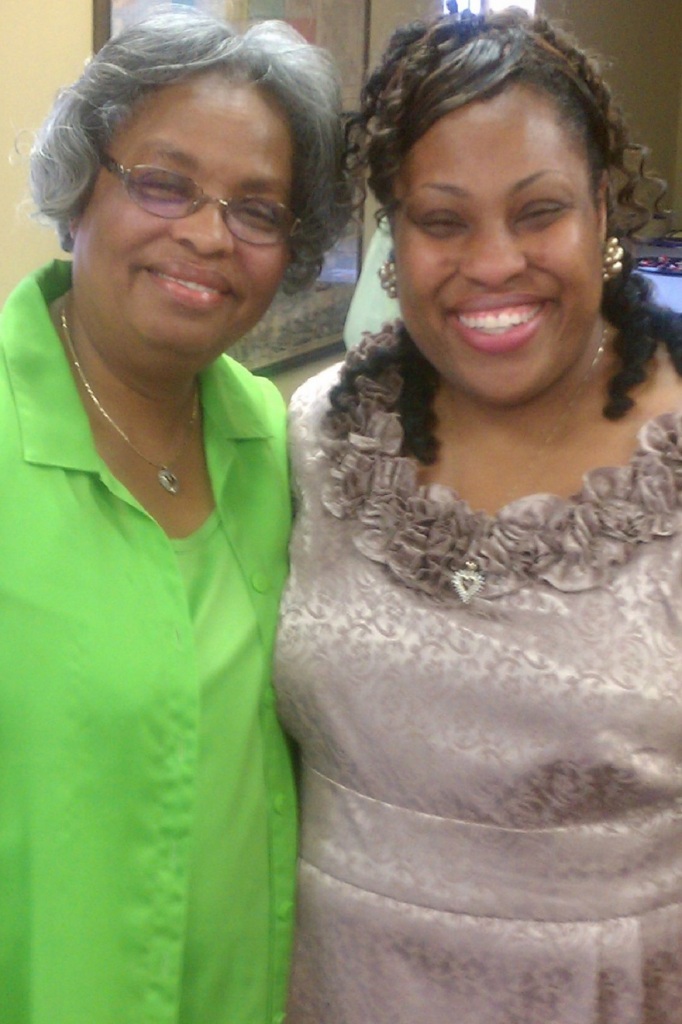 Mrs. Stevenson was a high school student in Oxford, Mississippi during the height of conflict over civil rights. Against the wishes of her parents, she boarded a bus to stand with James Meredith, the first black student, to attend the University of Mississippi. The bus got trapped in the middle of a white mob of thousands of rioters who attacked the black kids on the bus. The U.S. marshals sent to protect Meredith were unable to control the crowd; cars were set on fire, and two onlookers were killed.

The Maid Narratives honors these women who worked as domestic servants in the segregated South and who played roles in U.S. history, in small ways and large. The history comes alive in these accounts—the facts about sharecropping and the cheating of blacks that was commonplace; the sexual vulnerability of the servants and the risks of mob violence to their menfolk; the strengths of our narrators in the face of daily oppression; and the enduring friendships that sometimes formed across racial lines.  Our goal, like that of the black narrators, is to preserve the unique history of southern oppression and of how a race of people survived so that future generations will know and understand. As stated by narrator Irene Williams from Springhill, Louisiana:

“You know sometimes I set up here and tell my grandbabies how we used to have to do. You know what they tell me? “That was back in the olden days.” I say, “No,  Honey, you just don’t understand. This was real. They say, “No; I wouldn’t have took it.” But I say, ‘No, you would have took it, what we did because there was nothing you could do about it.’ The kids today, they think it’s a joke, but it’s no joke, it was real.”  (p.169)

But even Irene Williams didn’t “take it.” Like the others, she packed her bags and moved to the North. One day her descendants will have a copy of this book, and if they read it, they will know these things happened and they were real.

Katherine van Wormer is Professor of Social Work at the University of Northern Iowa. More information and photos are displayed at the Maid Narratives facebook page.