On the Frontline: Saltley Stories

The photograph that heads this article dates from early 1976 and depicts a very different Saltley from today’s largely, but not exclusively, Muslim local population. The image was taken by the documentary photographer Nick Hedges as part of a commission by the Home Office funded Community Development Project (CDP). The Birmingham CDP used some of the images in the end of project reports summarising their extensive research and intervention in the Saltley area from 1972-1977. The reports are radical documents in their own right, written by researchers who, confronted by the harsh realities of social and economic decline, ended up being “in but against the state” to such an extent that the final Birmingham report was published without Home Office approval.

Some of the photographs of Saltley taken by Nick Hedges in 1976, along with those of Brian Homer and Derek Bishton taken in 1977 and 1978, were published in the CDP reports, but many have never been displayed. These images are at the heart of a Heritage Lottery Fund project called Saltley Stories on which we are currently working with Norton Hall Children and Family Centre.

As other articles in this issue of Discover Society demonstrate, the Saltley district of Birmingham is in the news yet again, following several years of adverse headlines regarding multiple terror-related arrests, the main Alum Rock Road being declared a ‘no-go area’ for Christians in 2008 in national press reports, and early in 2014 a house just off Alum Rock Road was the site of arrests for human slavery offences.

The Saltley Stories project is attempting to counter the negative reputation such headlines generate through a combination of visual and oral histories. Our aim is to reflect some of the long-term complexities and nuances of an area of Birmingham that has always had more dimensions than its detractors acknowledge. The photographs we have found provide a uniquely rich resource for disrupting conventional representations of Saltley and the adjoining district of Alum Rock.

This second image, again taken by Nick Hedges in 1976, shows a group of children at St Saviour’s School, on the main Alum Rock Road. 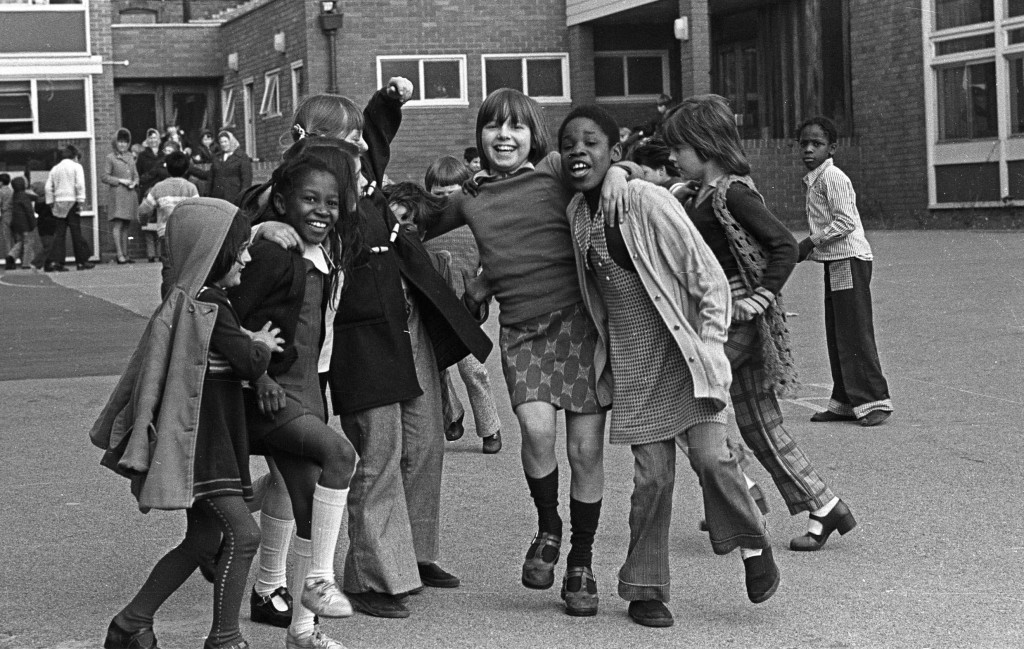 Then evidently an ethnically mixed school, St Saviour’s today has 420 pupils of whom 416 are Muslim. In the light of the recent ‘Trojan Horse’ events it is important to state that St Saviour’s continues to be a Church of England School, has been rated outstanding in OFSTED inspections, and was not deemed in need of investigation in the recent disputes. The school is heavily over-subscribed, and its striking reception area houses both Christian and Muslim religious symbols. 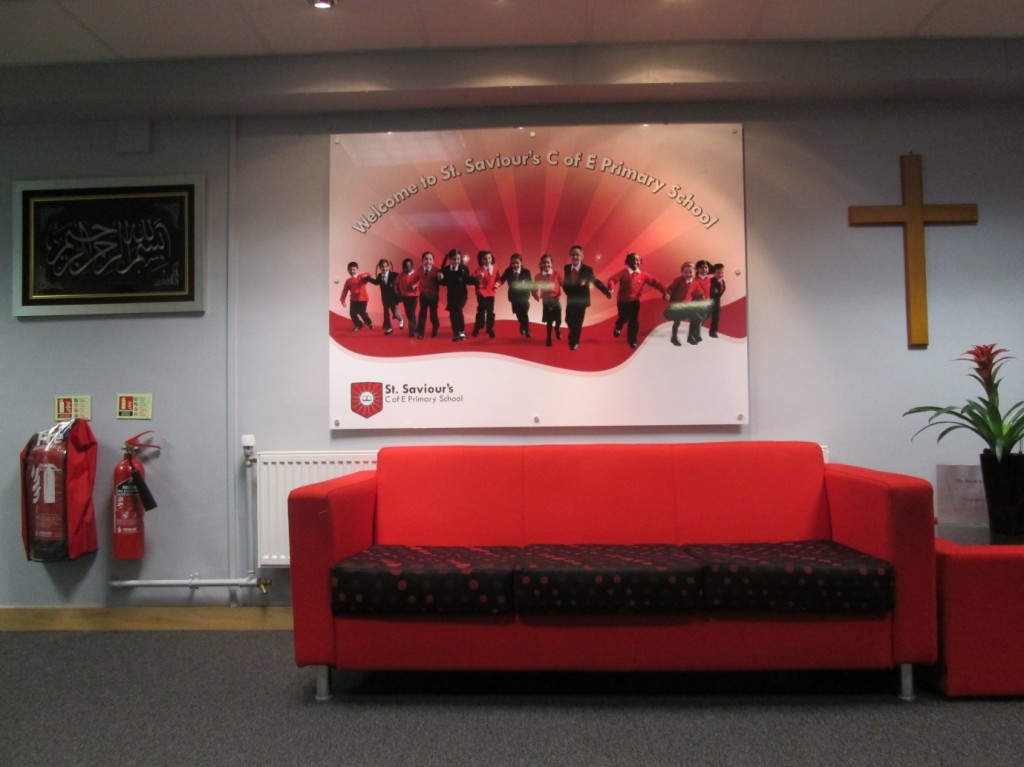 As the current Headteacher of St Saviour’s, Christine Evans, explained when interviewed in late 2013 for the Saltley Stories project:

“It’s showing that Christians and Muslims can live side by side in harmony and that there are a lot of similarities between our faiths […] One thing that has struck me about this community is the real sense of graciousness, thankfulness, trust, a real sense that they value school, they value education, and the real sense that religion, faith in God is important to them in their daily lives, and that is reflected within school.”

Peaceful co-existence was also an important theme imbuing Nick Hedges’ images in the 1970s as he remembers:

“There seemed no obvious tension between the old white working class culture, which was well established and based round a skilled workforce, and the younger Asian population which appeared to be thriving and putting down strong cultural roots”.

Another Nick Hedges image, of the large Southalls factory on Alum Rock Road, illustrates the mixed demography of the workforce in many of the large local employers of the 1970s, which, like Southalls, no longer exist. 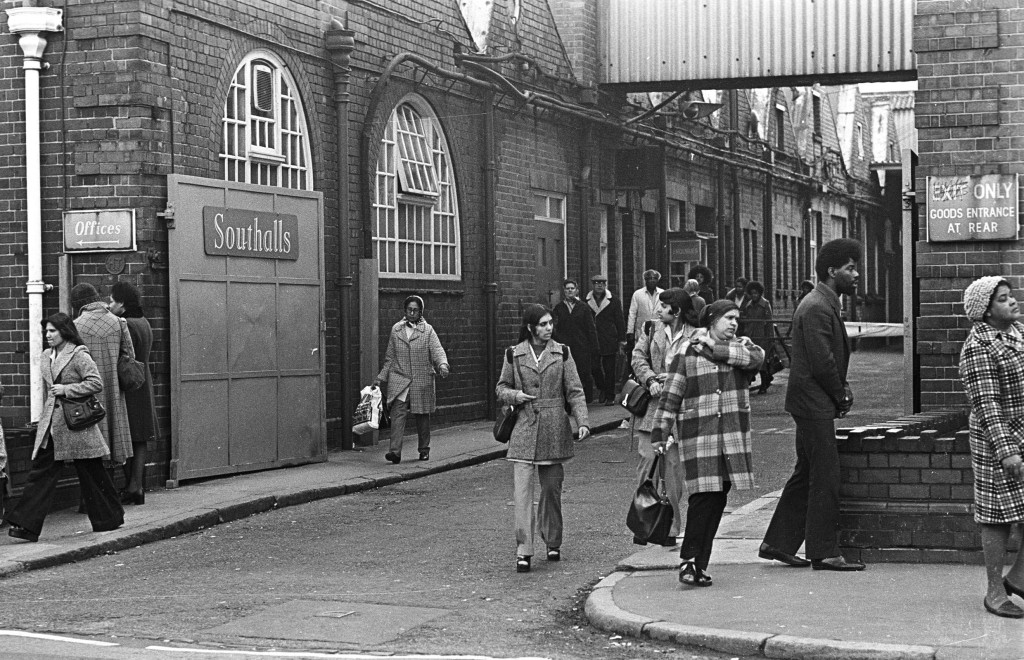 The image below, taken from a side passage on the Alum Rock Road by Brian Homer – who was also working for the CDP project – is an extraordinary encapsulation of both inner-city Birmingham and urban Britain in 1977. 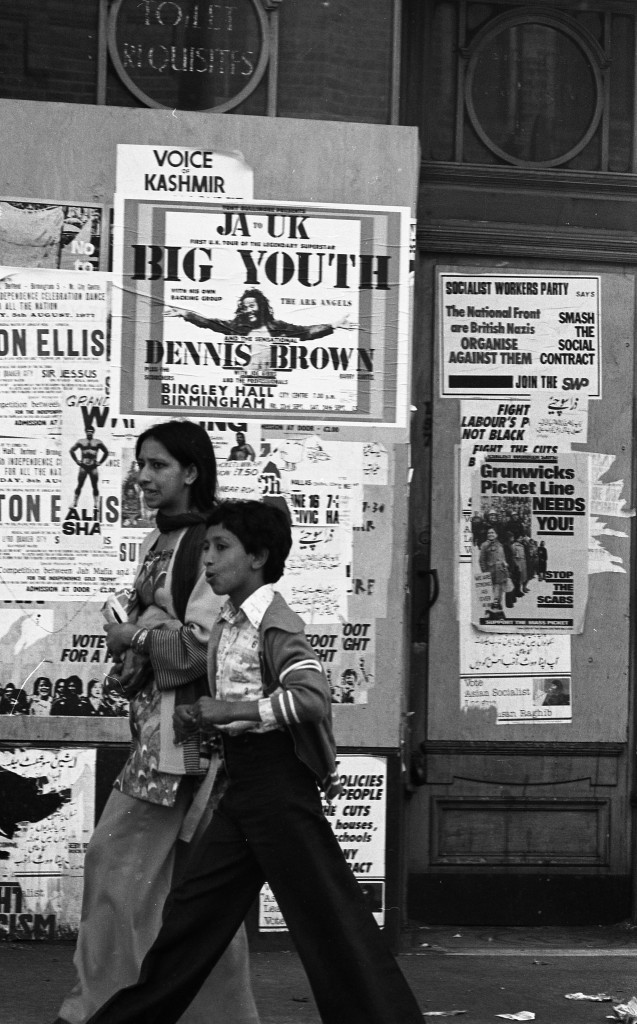 The semi-derelict store signals the beginnings of the decline of local businesses as the landmark local factories (Morris, Triumph, Leyland) sustaining the employment of migrant residents around Birmingham’s inner ring road started to vanish. The flyers reference the Kashmiri independence movement that has been a long-standing presence in East Birmingham’s local politics; the Grunwick dispute; anti-Nazi protests; an Asian Socialist candidate in the 1977 Stechford parliamentary by-election. The Big Youth and Dennis Brown concert at Bingley Hall again attests to the significant Caribbean presence in 1970s Saltley.

Through our research we have traced the brother and sister walking in front of the doorway. Parveen Ahmed and her brother were then living just off the Alum Rock Road. Asked about the photograph nearly forty years later Parveen remarked:

“I have good memories of growing up in that area. It was a nice community atmosphere. It was safe, you could go out and play quite late on your own, go shopping, it was good.”

At the same time as Brian Homer was completing the design of the final CDP reports, a young South African student, Orde Eliason, came to study at the School of Photography in Perry Barr, before embarking on a career as a professional photographer.

Orde lived in the street he photographed below, Alderson Road in Alum Rock near Saltley, from 1977 to 1980.

Whilst living in Alum Rock Orde took hundreds of images of both the immediate locality and the wider city. Most of these have remained unpublished, but a small number appeared in a short article in an early edition of the Birmingham-based photographic journal Ten8.

Both Orde’s images and his memories of taking them evoke the largely convivial atmosphere and diverse population of late 1970s Saltley and Alum Rock, a history too often forgotten in current depictions of the area. As he recalls:

“I had been exposed to a spectrum of genres: documentary, reportage and fine art, photography, and was living in a predominantly mixed working class and immigrant area, Alum Rock. Travelling to campus, by bus, motor bike and car, through dense housing estates, industrial manufacturing complexes, the busy city centre by day and in contrast, very quiet at night, made me very curious. Who lives in the city? What do they do? Where do they go?

Superficially, the effects on a stranger were predominantly alienation in a bleak, sprawling, city. The camera, a South African accent, and a sense of interest opened many doors to fascinating aspects of Brummies’ lives. This experience certainly challenged the perceived exported notion of the English.”

One of the previously unpublished series follows a group of mods from Alum Rock who persuaded Orde to hire a transit van and accompany them on a trip to Scarborough: 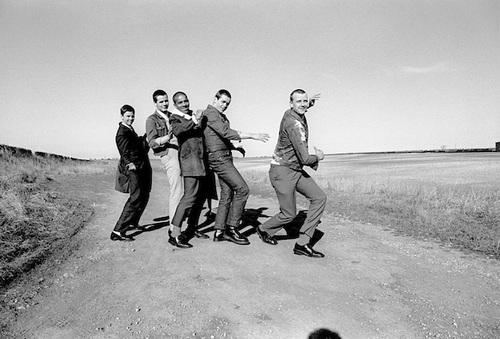 “Ska music by Madness was popular around this period and one of the promo videos presented the idea to calm these guys down by stopping and taking some pictures. The boys got into the spirit of it and thereafter we piled back into the van and onto scooters towards the coast.”

He explains the next photograph:

“It intrigued me that Asian lads could be dressed that way. I had not appreciated the breadth of variations in youth culture.” 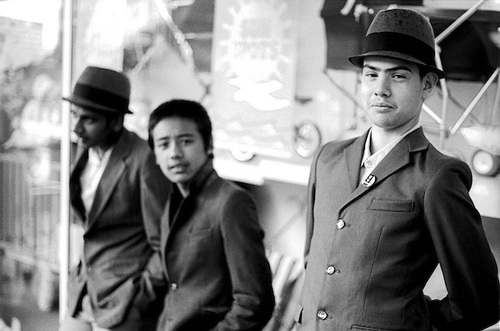 Orde Eliason’s modest retrospective account of his work has wider lessons for the kind of documentary sociology Saltley Stories is attempting:

“So, photographing some of the buildings, when you wait for good sunlight, it really was a nice factor to capture the texture of the bricks and the old industrial power of the place in decay. So when you look at it in hindsight now, after so many years, it’s very easy to put it into context, whereas at the time, it was naiveté, it was just really pure curiosity where you really didn’t understand the significance of what was happening around you in totality. You’d have an inclination, but you wouldn’t have a full comprehension.”

This statement echoes our current thoughts as sociologists in the midst of recording what is currently approaching 2,000 pages of transcript and sixty hours of audio from forty interviews with past and present Saltley residents (with more to follow).

Like Orde Eliason our first concern is grasping the texture of people’s lives, through both oral narrative and images, and using his and the other photographers’ work when interviewing local people is helping us to remain at the stage of inclination, avoiding the temptation of premature and simplistic diagnosis. 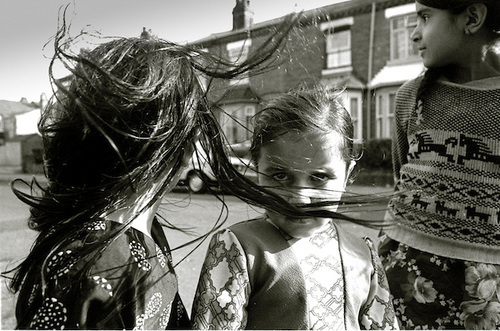 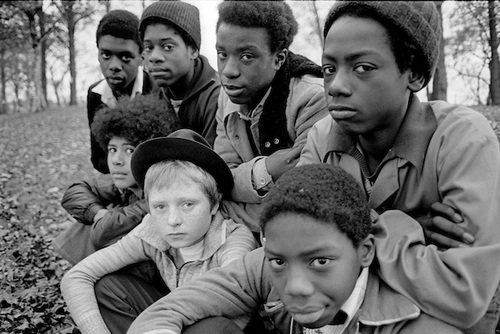 As Saltley falls under surveillance and suspicion once more, all those attempting to understand and intervene in the area – be they OFSTED inspectors, police inspectors, academics or activists – would do well to learn from the care and respect that shines through the images we have been privileged to discover.

David Parker and Christian Karner are based in the School of Sociology and Social Policy, University of Nottingham. We acknowledge the hard work and support of Nayer Khan, Suzanne Knipe, and Nick Woolf of Norton Hall, the funding of the Saltley Stories project by the Heritage Lottery Fund, and the generosity of Nick Hedges, Brian Homer and Orde Eliason in allowing us to display their work. For a study of the Home Office Community Development Project, see Martin Loney, Community Against Government: The British Community Development Project, 1968-78 – A Study of Government Incompetence (London, Heinemann, 1983).

Nick Hedges has been a documentary photographer since the 1960s. He worked as a photographer and researcher for Shelter in London from 1968-1972. He returned to the Midlands and as well as working on the CDP project, completed a two year photographic documentation of factory work published as the book Born to Work in 1982. He was subject leader in Photography at the University of Wolverhampton from 1988 until 2002. Many of his images can be found at Working Life; Brian Homer is director of Homer Creative. His photography and design work for the CDP reports was one of his first assignments. As part of Saltley Stories, Brian and his team are working with students from Park View School in Saltley, recreating some of the 1970s CDP images and aiming to create a contemporary photographic record of the businesses on the main Alum Rock Road; Orde Eliason is the founder of Link Photographers, established in 1982. He primarily worked in photo reportage for the national and international media before covering music and industry.