Viewpoint: Beyond the Spectacle of Malala. A Critique of the Bandwagon of Girls’ Education

The plight of third world girls has yet again emerged as an imperative to promote education as a liberating tool in the symbol of Malala Yousafzai. The symbol of Malala does not exist in a vacuum and reveals how important it is to look beyond the spectacle. The broader global geo-politics of the ‘war on terror’ and the privatisation of education at all levels are implicit in how the symbol of Malala is circulating since her shooting in 2012 in Pakistan.

Not many would disagree with the importance of education to any society. Indeed, the case of Malala Yousafzai is a harrowing story of courage and determination, which most would laud and support on a human level. However, the symbol of Malala is deprived of a critique of the contexts out of which it has been created (by ‘it’, I mean the symbol and not the individual). These contexts present a far more complex picture that has been capitalised upon by forces implicit in the very creation of the symbol.

Neo-liberal Economics, Liberal Rights, and the Drones of Neo-Colonialism

The threat to girls’ education under the Taliban has served the purpose of providing a justification for intervention over the past two decades, particularly since the Taliban formed the government of Afghanistan between 1996-2001. The liberal West has found an identifiable “other” in the Taliban in this post-Cold War era in which commodities and markets are sought through the contemporary geo-politics of neo-liberalism. While the World Bank states that “education is a powerful driver of development and one of the strongest instruments for reducing poverty and improving health, gender equality, peace, and stability,” education is also being invoked in the symbol of Malala in the ‘war on terror’ as the drone attacks [http://www.huffingtonpost.com/tag/pakistan-drone-attacks] which have killed an estimated three thousand civilians in Pakistan, continue in the region.

The invasions of Afghanistan and Iraq have been examples of our time in showing the lengths to which Western governments will go to intervene and occupy when there are potential threats to the ‘stability’ of markets. The Khyber Pakhtunkhwa province, as well as Waziristan, overlap with the eastern mountainous frontiers of Afghanistan and present another example of a terrain and tribal societies in need of incorporation into the global context of neo-liberal economics and liberal rights. 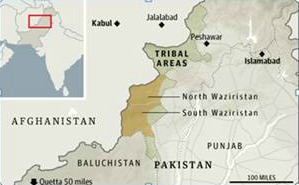 The symbol of Malala has eclipsed local struggles and movements fighting for the rights of girls to go to school. The endemic backdrop to girls’ education is, of course, that of gender and culture. These are not necessarily joined to Taliban interpretations of religion, but to a regional culture which views girls’ education from the perspective of parents and families amidst kinship relations and codes of honour. Many girls face restrictions on going to school from parents whose decisions are often shaped by considerations about the household labour force, respectability, and whether or not educating one’s daughter will bring returns to the family which outweigh the loss incurred by her absence during the school day (1).

The media’s role, post-Leveson Inquiry, has yet to receive any scrutiny in the unravelling of the attack on Malala. Were there no ethical considerations in the BBC’s conduct in sponsoring her blog? What if a foreign media took interest in the life of a young school girl in the British educational system, say, experiencing racial or class discrimination? What would be the reactions, and who would be held accountable for her safety as a vulnerable, under-age subject? Would the relevant authorities concerned with child protection not immediately take an interest? Surely, as the symbol of Malala is paraded as an example of the legitimacy of liberal thinking, we should be upholding the same principles, regardless of context.

The Ruse of Privatisation: Close the libraries, open a book?

Implicit, though not always apparent within the symbol of Malala, is that the lack of access to school facilities in Pakistan implies investment from not only the state, but also private sources and streams of funding. Schools are often at a distance from rural areas, and this puts girls at risk of being judged or harassed on their journeys to and from school. This would presume that increasing the number of schools would show an attempt by the Pakistan government to address the gap between supply and demand noted by the Sustainable Development Policy Institute (2008). However, there is a far more mixed picture than the symbol of Malala presents. First, the literacy rate in Pakistan for girls in rural areas aged 10 and above is 35% while in urban areas it is 67% showing an almost quantitatively untraceable gender gap in urban areas. Meanwhile, in rural areas, private schools are three times more likely to open in areas where there are already existing girls’ government schools (Lloyd et al in Lewis and Lockheed (ed) 2007).

This trend highlights how girls’ education cannot be obscured by the myopic Taliban-isation picture embedded within the symbol of Malala. In order to understand the broader scene of education in Pakistan beyond religious conservatism, we need to look at the broader policy frameworks within which education is provided and accessed.

The privatisation of education which accompanies the UN’s Education for All (EFA) and the Millennium Development Goals (MDGs) has shown a clearly neo-liberal approach of encouraging private sector involvement where the state seems unable to deliver. This extends to the ideological level at which states accept responsibility for providing universal education and in promoting girls’ education more specifically through partnerships with private interests. Pakistan is a prime market for education to flourish with such private partnerships in delivering education where literacy rates are particularly low in comparison to other South Asian countries, only lower in Bangladesh, while public expenditure is the lowest in the region (Table 1). Notably, Pakistan is second to the bottom only above Yemen in the World Economic Forum’s 2013 Global Gender Gap report‘s ranking.

In the UK, as part of the economic austerity measures begun soon after the Con-Dem coalition government took office in May 2010, 347 public libraries were forced to close,, in the first two years, with hundreds more continuing to face similar fates. Amidst this intense period of closure of libraries on a national scale, Malala Yousafzai, who by then had arrived and settled in Birmingham after making a positive recovery from the attack, was invited to open the new £189 million Birmingham library where she declared “books can defeat terrorism.” It is not surprising that the symbol of Malala was utilised at this juncture of public cuts in the UK as a means of directing attention towards frontiers further afield where the symbol of girls’ rights carries different meanings and bears little resemblance to the UK context of the demise of public libraries. Thus, closing libraries for girls (and others) in the UK, who would benefit from having safe spaces to meet and to access information and knowledge, is brushed aside. Instead, the spectacle of the Birmingham library opening with its hegemonic symbol distracted public attention from the core issues surrounding public cuts.

Whether we are in Pakistan considering the lack of resources and facilities for girls or in the UK debating the pitfalls of the Free Schools experiment or in the closure of libraries, both contexts represent a demise of the state’s function as the provider of universal, free, and publically funded education.

In the Name of Malala

Malala represents an important dimension to the girls’ education debate. This cannot be denied and must be viewed as a significant challenge to religious conservatism. However, there are other immediate threats, such as US-NATO military intervention and drone attacks in Afghanistan and Pakistan, where thousands have died. Even Malala Yousafzai, on her October 2013 visit with Barack Obama in Washington, highlighted this connection.

The contemporary global context of education exists so intrinsically within this web of military power, neo-liberal economic influence, and the moral justification for intervention that even the individual behind the symbol cannot penetrate the hegemony of the symbolism made in her name.

If, as Malala stated at the UN General Assembly, “one child, one teacher, one pen and one book can change the world,” we may have had universal ‘education for all’ many years ago. Instead, for now we will have to bear with the perpetuating discourses of liberalism around gender equality, neo-liberalism through economic development and privatisation, and neo-colonialism in the geo-politics of US-NATO military intervention.

Can you hear the drones?

(1) Purewal, N. and N. Hashmi (forthcoming) “Between Returns and Respectability: Parental Attitudes towards Girls’ Education in Rural Pakistan”, British Journal of the Sociology of Education.

Navtej K. Purewal is Lecturer in Sociology, School of Social Sciences, University of Manchester. She is author of Son Preference: Sex Selection, Gender and Culture in South Asia (Berg, 2010).